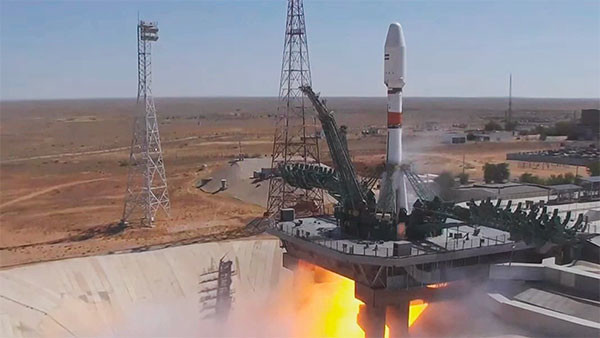 About nine minutes after the launch, it placed the Iranian satellite called Khayyam into orbit. It’s named after Omar Khayyam, a Persian scientist who lived in the 11th and 12th centuries, AP News reports.

Iran has said the satellite fitted with high-resolution camera will be used for environmental monitoring and will remain fully under its control.

Tehran said no other country will have access to information it gathers and it would be used for civilian purposes only, but there have been allegations that Russia may use it for surveillance of Ukraine amid its military action there.

If it operates successfully, the satellite would give Iran the ability to monitor its archenemy Israel and other countries in the Middle East.

Iranian state television aired footage of the launch live, noting that the country’s telecommunications minister attended the liftoff in Kazakhstan.

Iran has both a civilian and military space program, which the U.S. fears could be used to advance its ballistic missile program. However, Iran has seen a series of mishaps and failed satellite launches over recent years.