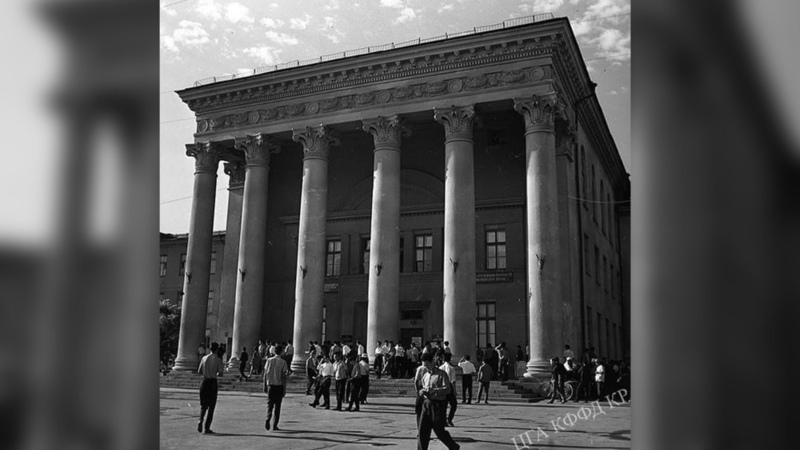 AKIPRESS.COM - The archival service of the Ministry of Digital Development shared a photo showing the building of the Kyrgyz National Agrarian University named after Konstantin Skryabin in Frunze.

Kyrgyz National Agrarian University is a public university in Bishkek  It was established in 1933 by then Soviet constituent Kirghiz SSR with its first admission of 53 students.