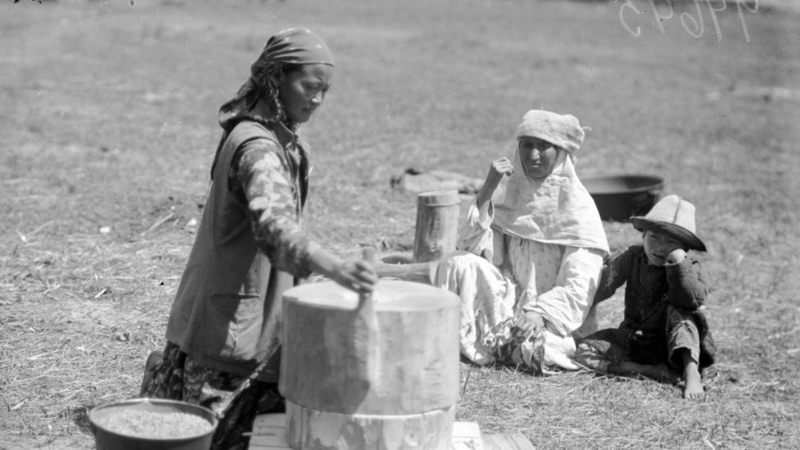 AKIPRESS.COM - The archival service of the Ministry of Digital Development shared a photo showing women grinding flour in a wooden handmill.

The photograph was taken in the Stalin district in 1930 or 92 years ago.

Contemporary Moskovskiy district of Chui region was called before Stalin district from July 23, 1930 to November 20, 1961.

Current Jumgal district of Naryn region also used to be called Stalin district. But it received the name Stalin district in 1932, when it was merged with Kochkor district, which means the photo was taken in current Moskovskiy district.