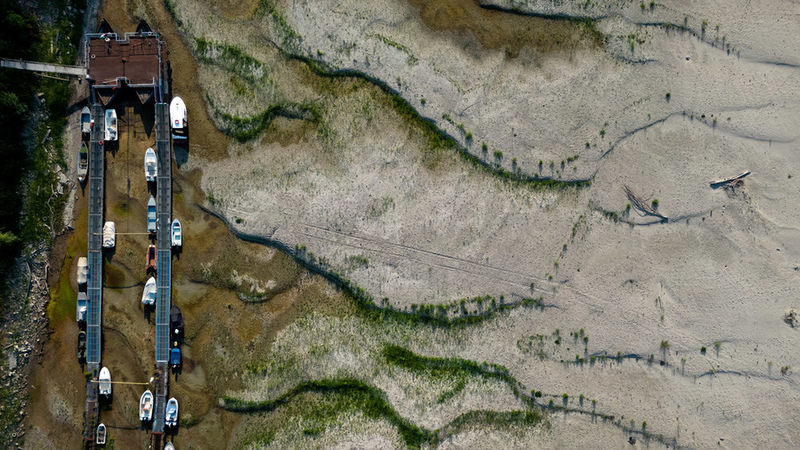 AKIPRESS.COM - The latest report from the Global Drought Observatory says 47% of the continent is in "warning" conditions, meaning soil has dried up. Experts say the drought in Europe may be the worst such event in 500 years.

Another 17% is on alert - meaning vegetation "shows signs of stress", BBC News reported.

The report warns that the dry spell will hit crop yields, spark wildfires, and may last several months more in some of Europe's southern regions.

Compared with the average of the previous five years, EU forecasts for harvest are down 16% for grain maize, 15% for soybeans and 12% for sunflowers.

The ongoing heatwave and water shortages have "created an unprecedented stress on water levels in the entire EU", Research Commissioner Mariya Gabriel said.

"We are currently noticing a wildfire season sensibly above the average and an important impact on crops production. Climate change is undoubtedly more noticeable every year," she added.

The report warned that nearly all of Europe's rivers have dried up to some extent. Dry rivers impact the energy sector, which is already in crisis. Hydroelectric power has dropped by a significant 20%, according to the report.

Several EU member states have taken action to limit water use as water supply could prove even more difficult in the coming weeks.

The report warns that the situation is worsening in countries including Italy, Spain, Portugal, France, Germany, the Netherlands, Belgium, Luxembourg, Romania, Hungary, northern Serbia, Ukraine, Moldova, Ireland and the UK.