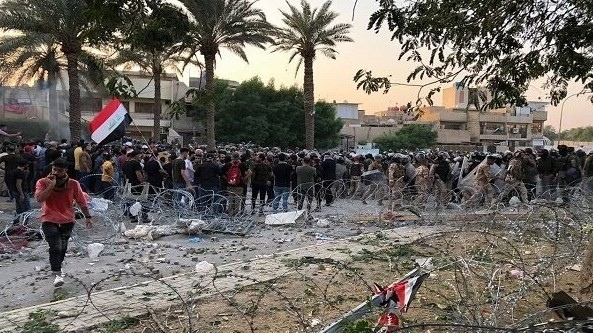 AKIPRESS.COM - The number of victims of protests and riots in Baghdad, which broke out in connection with the departure from politics of influential Shiite theologian Muqtada al-Sadr, amounted to 30 people, the Mehr news agency reported.

About 700 people were injured, including 110 members of the security forces, the agency said.

The protests began the day before after al-Sadr announced his retirement from politics.

Then hundreds of people broke into the Republican Palace, the main meeting place for Iraqi politicians with foreign colleagues.

The Iraqi authorities announced a curfew throughout the country, but the protests continued both in the capital and in several other regions of the country.

Due to unrest in the country, Emirates airline canceled all flights to and from Baghdad on Tuesday, citing "civil unrest and curfew" as the reason.

Supporters of al-Sadr have been protesting for weeks against the nomination of Mohammed al-Sudani for the post of prime minister by the Coordinating Structure bloc, led by Shiite parties backed by Iran.

Although the Sadr bloc won the most seats in the recent parliamentary elections, it failed to form a government outside of a coalition with rivals.