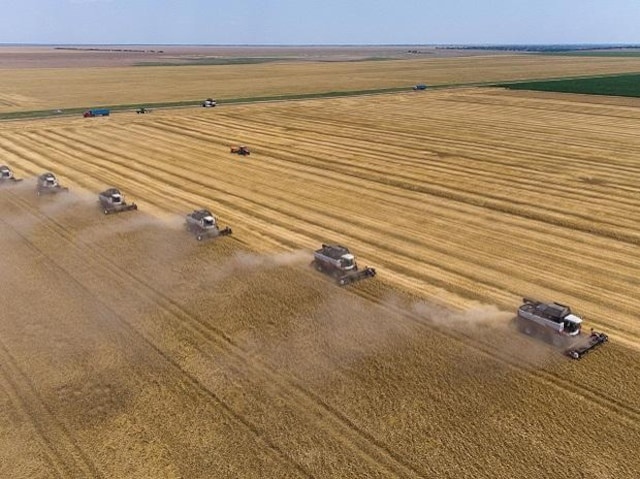 Over 40,000 metric tons of wheat dispatched to Afghanistan so far: India at UN

AKIPRESS.COM - India has dispatched over 40,000 metric tons of wheat to Afghanistan so far, ensuring its position as a contiguous neighbour and long-standing partner of Kabul, Business Standard reported.

At a United Nations Security Council meeting on Monday, India’s Permanent Representative to the United Nations highlighted the historical and civilisational linkages to the Afghan people.

“As we have repeatedly stated at the security council, India has direct stakes in ensuring the return of the peace and stability, giving our position as a contiguous neighbour and long-standing partner of Afghanistan. As well as our strong historical and civilisational linkages to the Afghan people,” the envoy said.

Speaking about the humanitarian need to the Afghan people, the country’s Permanent Representative said that India has dispatched several shipments of humanitarian assistance to Afghanistan.

“In response to the humanitarian need to the Afghan people, as well as the urgent appeals made by the United Nations, India has dispatched several shipments of humanitarian assistance to Afghanistan. This include 32 tons of medical assistance in 10 batches, which include — essential life-saving medicines, anti-TB medicines and 500,000 doses of COVID-19 vaccines.

“These medical consignments have been handed over to the World Health Organisation and to the Indira Gandhi Children Hospital in Kabul,” the diplomat said, adding that “India has also dispatched over 40,000 metric tons of wheat to Afghanistan so far.”

The Indian envoy further said: “to ensure a fair and just distribution of India’s wheat assistance, the government of India has signed an agreement with the UN world food programme for the distribution of wheat within Afghanistan.”

An Indian technical team has also been deployed at the Indian Embassy in Kabul in order to closely monitor and coordinate the efforts of various stakeholders for the effective delivery of humanitarian assistance and the continuation of our engagement with the Afghanis people.

India reiterated its commitment that humanitarian assistance should be based on neutrality, impartiality and independence. India also expressed concern at the development of Afghanistan which directly impacts well being of women and girls.

The Taliban entered Kabul on August 15 last year, causing the US-backed government to step down. Later in September, the Taliban announced the composition of the new interim government of Afghanistan.

The country is currently battered by the deepening economic, humanitarian, and security crisis following the Taliban takeover. The international community, from governments to non-governmental organizations, have been providing various assistance to the Afghan people.