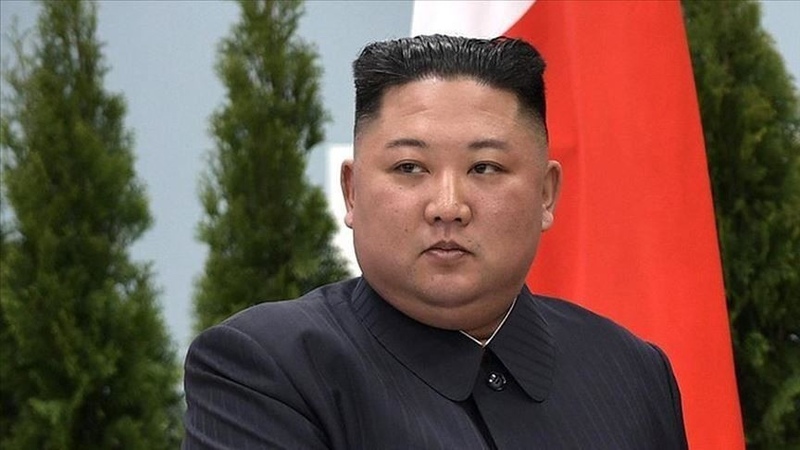 AKIPRESS.COM - North Korea adopted a new law that allows the regime to launch an "automatic nuclear strike" if it is attacked, reports the South Korean Yonhap  news agency.

Under the law, a nuclear strike can be automatically and immediately carried out to destroy the origin of a provocation if the command and control system of the nuclear forces is in danger of an attack by "hostile forces," the KCNA said.

Kim then stressed that legalizing the nuclear weapons policy has "great significance in drawing an irretrievable line" so that it can no longer bargain with its nuclear power.

He added that the "political and military conditions of the Korean Peninsula," as well as the global political environment, must change for there to be any adjustment of the North's nuclear policy.

Touching on domestic issues in his address, Kim called for a vaccination campaign against "the malicious virus," apparently referring to COVID-19 and advised people to start wearing masks in November as immunity levels could fall around October.

Kim's remarks added to the speculation about whether the North will respond to offers from Seoul and Washington on COVID-19 vaccine assistance.

At the meeting, Ri Son-gwon, the head of the North's ruling party's United Front Department tasked with handling inter-Korean relations, was promoted to a member of the Presidium of the SPA.

The SPA is the highest organ of power under the North's constitution, but it rubber-stamps decisions by the ruling party. It usually holds a plenary session in March or April to deal mainly with the budget and cabinet reshuffles.

Conditions for the use of nuclear weapons by North Korea, according to Yonhap, include:

- An attack on the DPRK using a nuclear or other weapon of mass destruction, and when the threat of such an attack is considered "imminent";

- Attack on the leadership of the state and the leaders of the command of nuclear forces;

- An attack on the strategic installations;

- Emergencies when there is a need to quickly prevent the expansion of the war, as well as to seize the initiative in the war;

- When there is a threat to the existence of other countries and the lives of people.

Pyongyang also said that the possession of nuclear weapons is its "legitimate and inalienable right". The new law declares North Korea a responsible nuclear state.