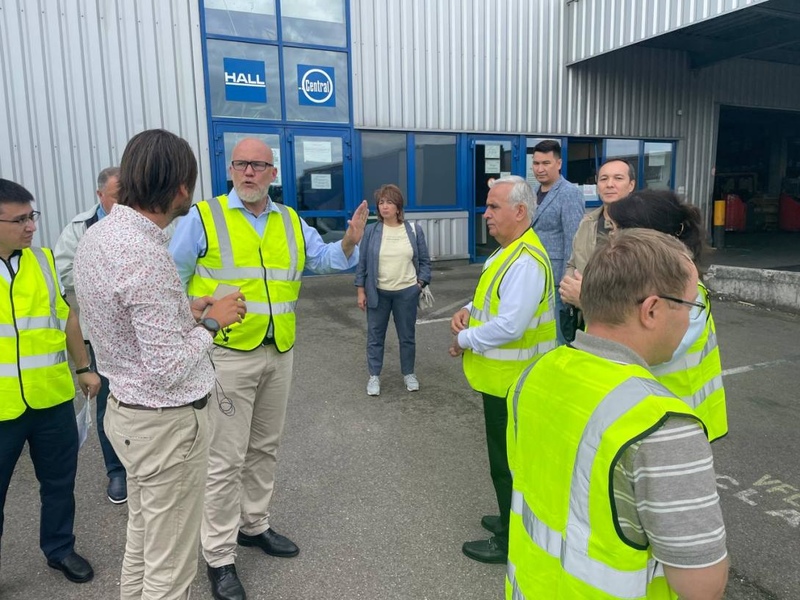 AKIPRESS.COM - Twenty-five public and private-sector representatives from Kazakhstan, Kyrgyzstan, Tajikistan and Uzbekistan now know about the best practices in implementing electronic queue management systems (e-QMS) thanks to a study tour to France and Estonia.

e-QMS provide digital solutions to traditional physical queues, help optimize traffic at the border and transport terminals, reduce waiting time and streamline transport flows. The system has long been in use in several European countries, proving efficient in saving money and time for local businesses as it allows for better planning of export operations.

Customs delays are one of the major obstacles to trade within the Central Asian region and with the EU: in a recent survey by the International Trade Centre (ITC), more than 75% of all respondents mentioned long queues and delays at border crossing checkpoints as factors hindering trade. Implementing a system like the e-QMS used in Estonia and France would help eliminate these bottlenecks.

The study tour took place in the first half of September 2022 and allowed Central Asian officials and experts dealing with trade, customs and logistics matters to learn from their peers in France and Estonia. The tour was organized by ITC under its Ready4Trade Central Asia project, funded by the European Union (EU).

Estonia and France are good examples of successful e-QMS implementation both at the government and private sector levels. The Estonian Government has pioneered one of the most advanced e-QMS solutions available on the market and implements it at the border; while in France, the private sector has been successfully using e-QMS for streamlining business operations at logistics warehouses.

Ready4Trade Central Asia is a four-year EU-funded project implemented by the International Trade Centre in close collaboration with national partners, designed to contribute to the overall sustainable and inclusive economic development of Central Asia by boosting intra-regional and international trade in the countries of the region. Beneficiaries of the Ready4Trade Central Asia project include governments, small and medium-sized enterprises, in particular women-led enterprises, and business support organizations.