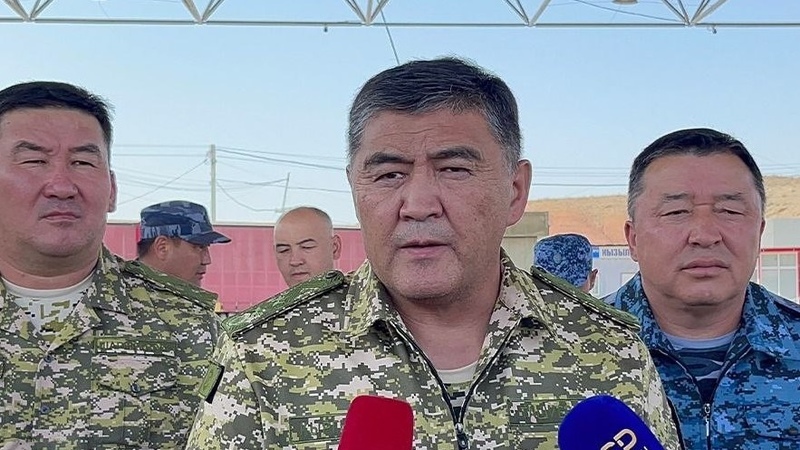 The protocol was signed between the National Security Committee Chairmen of two countries.

The main goal of the protocol is cessation of the conflict between Kyrgyzstan and Tajikistan, addressing the implications of the conflict and prevention of recurrence of conflicts.

The protocol contains tasks for local authorities, defense and security agencies and these tasks are fulfilled, he said.

"The main issue is that we are removing three major border outposts leading to the conflicts," Tashiev said.

The first outpost is Bedak from the Tajik side and Tamdyk from the Kyrgyz side.

The second post is Bulak Bashi from the Kyrgyz side and the Kekh from Tajik side.

The third post is Kara Chikum from the Tajik side and Katta-Tuz from the Kyrgyz side.

The given areas will not have servicemen and civilians.

"We have made the decision to accelerate work of the commission for demarcation and delimitation to resolve outstanding issues," he said.