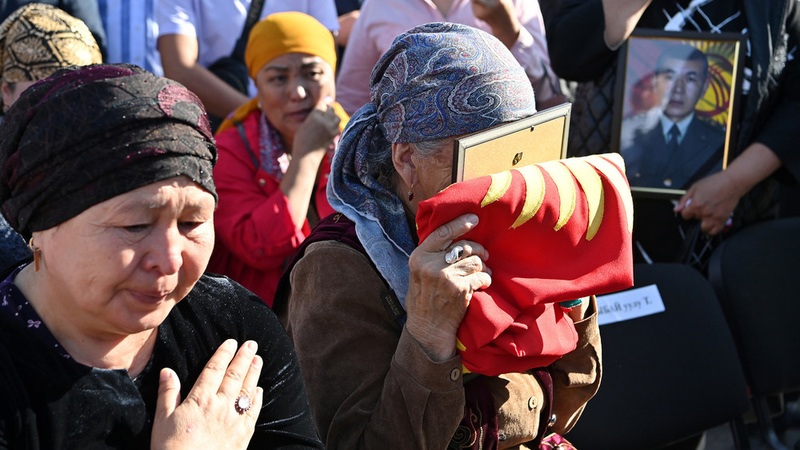 AKIPRESS.COM - The ceremony of burial of the tank crew members of the Border Guard Service of the State National Security Committtee, who died during the border clashes on the Kyrgyz-Tajik border on September 14-17, was held in Ata Beit memorial ceremetery on September 26.

The three crew members burned alive in the tank as a result of shelling. 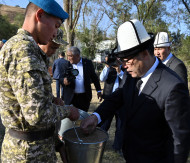