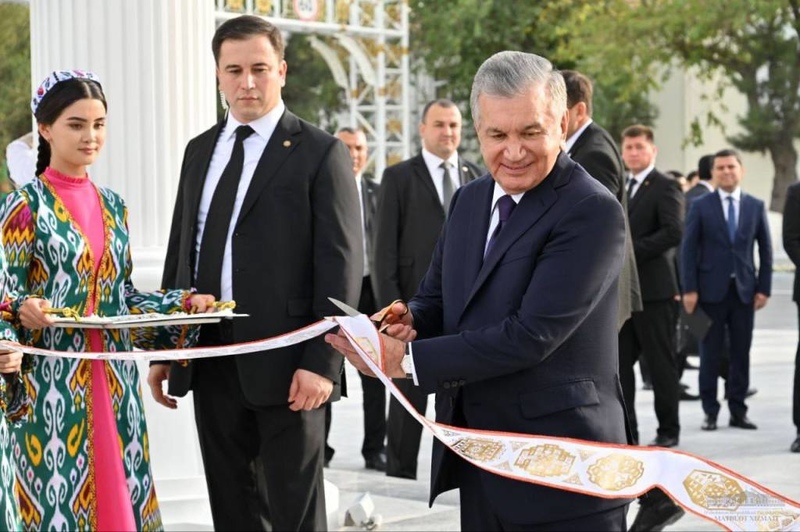 The park is located on the main metropolitan avenue of Magtymguly. A landscape garden with flower beds has been created on the territory of about 3 hectares, miniature copies of the sights of Tashkent have been erected.

The heads of state got acquainted with the park and planted trees.

The ceremony was attended by official delegations of the two countries, representatives of the public of Ashgabat, youth.

During the visit of the President of Turkmenistan to Uzbekistan, Ashgabat Park was opened in Tashkent.

The ceremony of launching the construction of the Khorezm – Dashoguz Border Trade Zone was also held here.

The construction of the Border Trade Zone is being carried out on the adjacent territory of the two countries in the area of ​​the Shavat – Dashoguz checkpoint.

A protocol was also signed to continue work on the creation and regulation of the activity of the Border Trade Zone. It is planned to create a modern infrastructure there, including trade pavilions, warehouse facilities, container sites and workplaces for entrepreneurs.