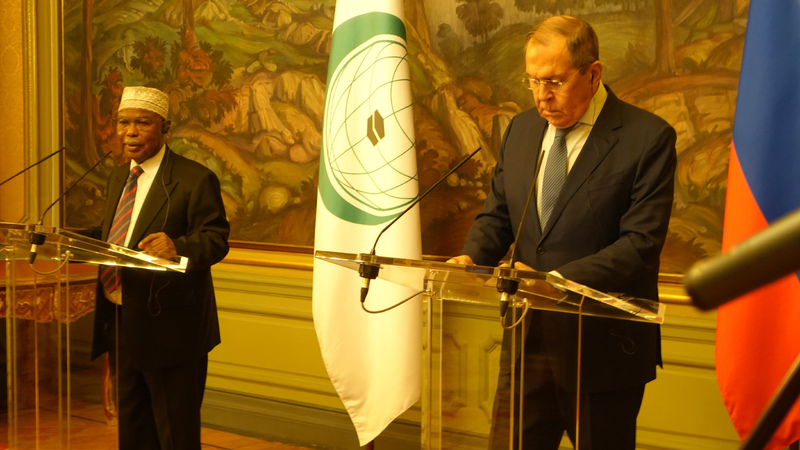 AKIPRESS.COM - Joint talks between Russia and the Organization of Islamic Cooperation were held in Moscow on October 24.

The OIC Secretary-General, Mr. Hissein Brahim Taha, headed the organization's delegation, while the Russian side was headed by Foreign Minister Sergey Lavrov.

During their meeting, the two parties discussed in detail the major regional and international challenges, stressing the importance of coordination and consultation to serve international efforts and endeavors to bring peace, stability, and development in the world.

The two sides affirmed their keenness to support the existing friendship ties and cooperation between the Russian Federation and the Islamic world in various fields, in light of Russia's observer membership in the Organization of Islamic Cooperation.

On the other hand, the two sides reviewed bilateral cooperation and coordination in all matters of common interest, within the framework of the political consultation mechanism between the two sides.