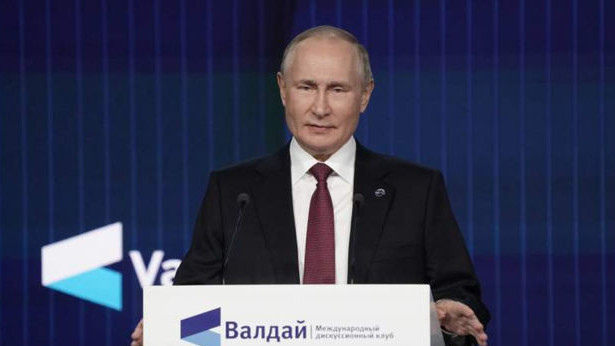 AKIPRESS.COM - It is necessary to reconsider the structure of the UN and its Security Council so that it would reflect the diversity of world’s regions, Russian President Vladimir Putin said  on Thursday at the Valdai Discussion Club plenary session.

"The unity of mankind is not based on the command 'do as I do, be as I am’. It is shaped by taking into account and based on the views of all people, respecting their identity. It is on such a principle that long-term interaction in a multipolar world should develop. In this regard, perhaps we should also think about the structure of the United Nations, including its Security Council, and adjust it to reflect to a greater extent the diversity of the world's regions. After all, much more will depend on Asia, Africa and Latin America in tomorrow's world than is commonly believed today. And this growth in their influence is certainly positive," Putin said.

The president noted that it is important for the Russian Federation to more actively launch mechanisms to create large spaces in which neighboring countries could participate.

"If globalism is a dictate, it comes down to this in the end, then integration is the joint elaboration of common strategies, beneficial to all. In this regard, Russia considers it important to more actively launch mechanisms for creating large spaces, based on the interaction of neighboring countries, whose economy, social system, resource base, infrastructure complement each other," Putin noted, adding that such spaces are the basis of a multipolar world order. The interaction of these countries creates a true unity of mankind, "much more complex, original and multidimensional than in the simplistic ideas of Western ideologists," Putin added.