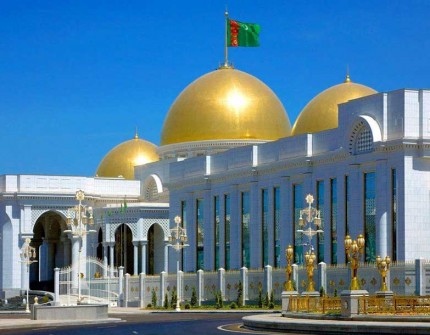 The diplomat conveyed warm greetings from President of Georgia Salome Zurabishvili to the President of Turkmenistan. Georgia highly appreciates the foreign policy strategy pursued by the Turkmen state, based on the principles of positive neutrality, and is interested in strengthening productive bilateral ties, the Ambassador stated.

Congratulating the Ambassador of Georgia on his appointment, President Serdar Berdimuhamedov conveyed his best wishes to the leaders of Georgia.

The President of Turkmenistan stressed that this year marks the 30th anniversary of diplomatic relations between the two countries, and noted the country's commitment to cooperation with Georgia.

The sides discussed the current state and prospects for cooperation, including in the transport sector. The parties noted the favorable geographical position of both countries and suggested to create multimodal transport and transit corridors using the Caspian and Black Sea regions.

The energy industry was also named among the topical areas of partnership between Turkmenistan and Georgia.

Ambassador of Georgia Konstantin Sabiashvili assured President Serdar Berdimuhamedov that he would contribute to the intensive development of relations and the expansion of cooperation between the states.