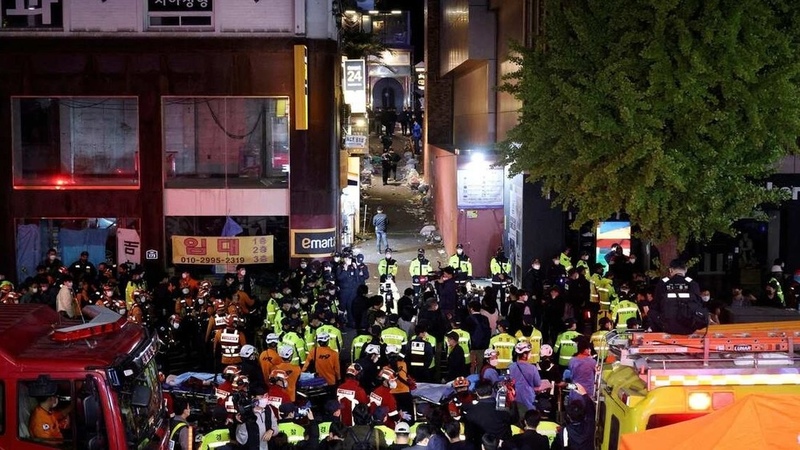 AKIPRESS.COM - One more fatality was confirmed from the Halloween crowd crush in Seoul, raising the death toll from the tragedy to 155, Yonhap news agency reported.

A 24-year-old Korean woman was declared dead as of 9 p.m., according to officials at the Central Disaster and Safety Countermeasures Headquarters.

A total of 30 remain in serious condition, while 122 others sustained minor injuries, they said.

26 foreign citizens were among the dead, including four Russians, four Chinese citizens, five Iranian citizens, two each from the United States and Japan, and one each from France, Australia, Vietnam, Uzbekistan, Norway, Kazakhstan, Sri Lanka, Turkey and Austria.

President of South Korea Yoon Seok-yeol declared national mourning over the tragedy, which also marks the worst casualty toll for South Korea since 2014.