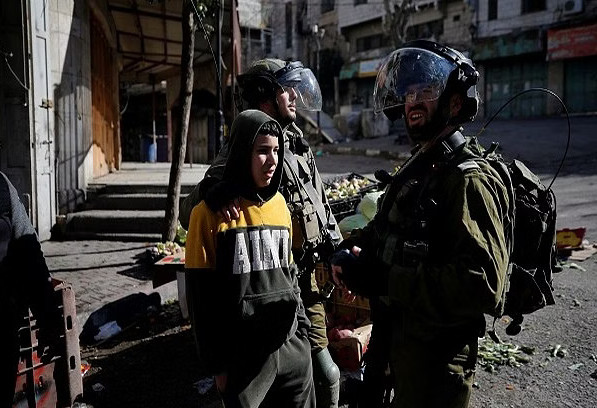 AKIPRESS.COM - India presented a cheque of $ 2.5 million, the second tranche of the pledged $ 5 million annual support, to a UN agency on Monday that will go directly to serve the schools, health centres and other basic services run by the organisation to support Palestinian refugees, The Times of India reported.

India has given $ 22.5 million to the United Nations Relief and Works Agency for Palestine Refugees in the Near East (UNRWA) since 2018. UNRWA is a UN agency that supports the relief and human development of Palestinian refugees.

"The Government of India presented $ 2.5 million (second tranche of a total contribution of $ 5 million for the Financial Year 2022-2023) to the United Nations Relief and Works Agency for Palestine Refugees in the Near East (UNRWA), in support of the Agency's core programs and services, including education, healthcare, relief and social services," the Representative Office of India (ROI) in Ramallah said in a statement.

"The financial contribution was presented to Ms. Xuran Wu, Associate Donor Relations and Projects Officer, Department of External Relations, UNRWA at the Representative Office of India in Ramallah, Palestine," it added.

During an Extraordinary Virtual Ministerial Pledging Conference for UNRWA held on June 23, 2020, India’s Minister of State for External Affairs V Muraleedharan announced that India will contribute $ 10 million to UNRWA over the next two years.

UNRWA is facing increased demand for services resulting from a growth in the number of registered Palestine refugees, the extent of their vulnerability and their deepening poverty.

It is a United Nations agency established by the General Assembly in 1949 and mandated to provide assistance and protection to some 5.6 million Palestine refugees registered with UNRWA across its five fields of operation.

Its mission is to help Palestine refugees in Jordan, Lebanon, Syria, West Bank, including East Jerusalem and the Gaza Strip achieve their full human development potential, pending a just and lasting solution to their plight.

During the first-ever Indian Prime Ministerial visit to Palestine by Narendra Modi in February 2018, India increased its annual financial contribution fourfold to the UNRWA core budget, from $ 1.25 million to $ 5 million.

India has also made a strong appeal to other traditional donors of UNRWA to consider enhancing their contributions as well as to non-donor member states to consider contributing to the agency in solidarity with the Palestine refugees.

Earlier, UNRWA informed that Palestine refugees in Lebanon have hit rock bottom, reaching a point of no return. Poverty, unemployment and despair are in high doses across the country, severely hitting the Lebanese people, Syrian and Palestine refugees.

This comes amid one of the worst economic crises in recent history, compounded by the Beirut blast in 2020, the COVID-19 pandemic, poor governance and an almost total collapse in basic services.

Palestine refugees, living in overcrowded camps, are historically one of the poorest people in the country. They are at the end of the rope.