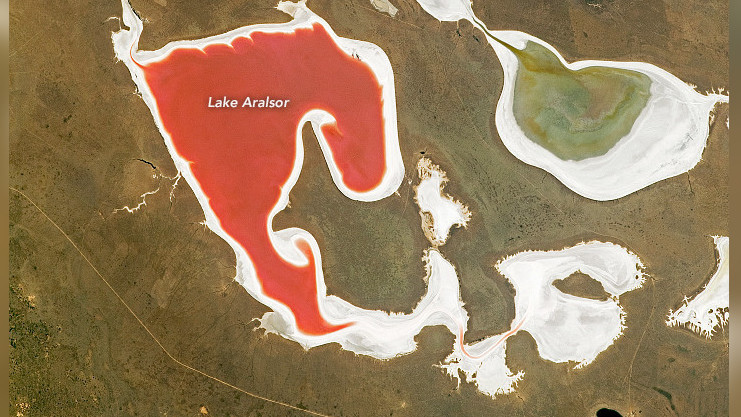 AKIPRESS.COM - An astronaut aboard the International Space Station (ISS) took photos of a chain of small lakes in the steppes of western Kazakhstan.

Small lakes Aralsor and Zhalpaksor, colored coral and dark green in the photo, are located near Kurmankol small settlement at the delta of the Ashiozek River. They are colored by microorganisms living in the water.

"Evaporation increases the salinity of the water in this region, allowing different species of salt-loving microorganisms to thrive. The different salinity and temperature in each lake influence the dominant microbe species that flourishes. Different microorganisms display varying colors, as varying lake water depth accentuates or softens the tones," NASA says in an article. 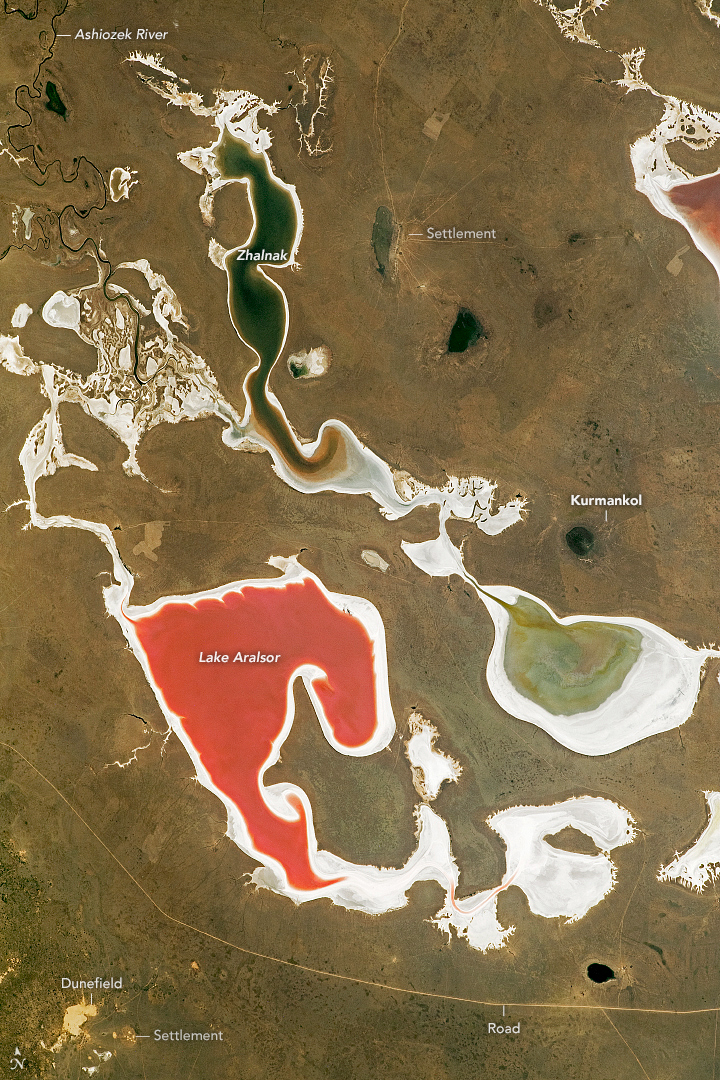