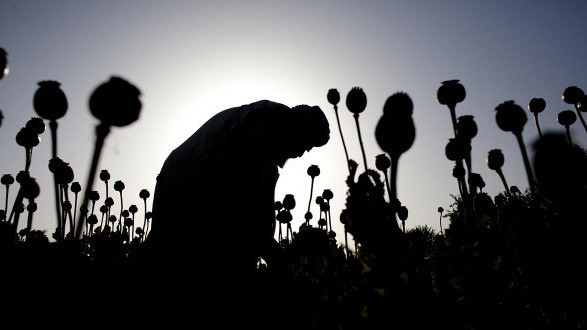 AKIPRESS.COM - Opium cultivation in Afghanistan have increased by 32% over the previous year to 233,000 hectares since the takeover by the Taliban in August 2021. This made the 2022 crop the third largest area under opium cultivation since monitoring began, United Nations Office on Drugs and Crime said in a report.

Opium prices have soared following the announcement of the cultivation ban in April 2022.

The income made by farmers from opium sales tripled from $425 million in 2021 to $1.4 billion 2022 - the equivalent of 29% of the 2021 agricultural sector value. The sum still represents only a fraction of the income made from production and traƾckinK within the country. Increasingly larger sums are further accrued along the illicit drug supply chain outside the country, the report notes.

Seizures of opiates around Afghanistan indicate that trafficking of Afghan opium and heroin has not stopped. Afghanistan supplies 80% of global opiate demand.

Most of the 2023 opium crop must be sowed by early November; farmers will take decisions on whether and how much opium poppy to plant amid severe economic disruption and humanitarian crisis, continued high prices for opium and uncertainty about how the de facto authorities will enforce the cultivation ban.