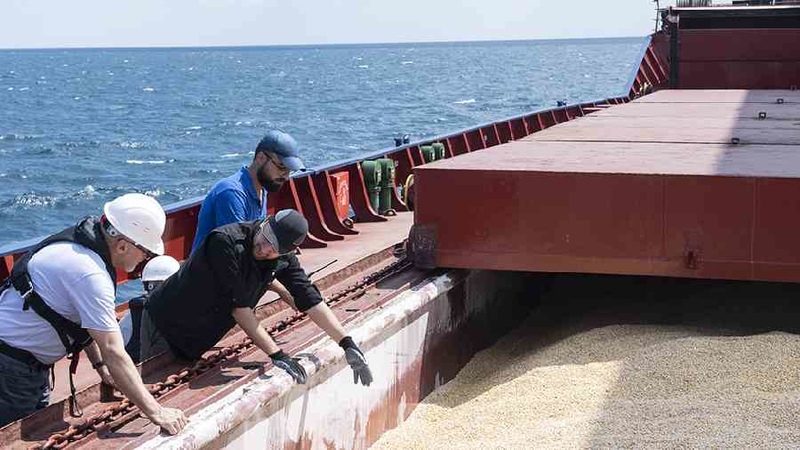 AKIPRESS.COM - India on Monday called for salvaging the three-month-old Black Sea Grain Initiative, which was suspended by Russia on Saturday over allegations that Ukraine had used the UN-brokered agreement for safe passage of ships carrying Ukrainian grain to attack a Russian naval fleet in Sevastapol, Crimea, The Telegraph Online reported.

In a statement at the UNSC briefing on the Black Sea Grain Initiative, India said: “The suspension of the Black Sea Grain initiative is expected to further exacerbate the food security, fuel and fertiliser supply challenges faced by the world, particularly the Global South.

India, therefore, supports the engagement of the UN Secretary-General with the parties on renewal and full implementation of the initiative, including facilitating of exports of food and fertiliser from Ukraine and Russia.”

Explaining it’s rationale behind taking a position that can be viewed as critical of Russia’s decision to suspend the agreement, India said: The Black Sea Grain Initiative and cooperation by the parties so far had provided a glimmer of hope for peace in Ukraine.

The agreements, a result of secretary-general’s efforts, were aimed at averting a global food crisis and ensure food security. The initiative had resulted in the export of more than 9 million tonnes of grains and other food products out of Ukraine. We believe the exports had contributed to lowering prices of wheat and other commodities, evident from the drop in the FAO Food Price Index.

Further, according to India, the grain agreement was consistent with the country’s long-standing position that diplomacy and dialogue are the only way to end the conflict that has had serious consequences for the region and beyond.

India has been raising the issue of food, fuel and fertiliser security in all its engagements with Russia since the war began on February 24. In September, India’s External Affairs minister S. Jaishankar had also claimed that India had been roped in to weigh in with Russia at a particularly delicate moment of the grain shipment discussions in the Black Sea that led to the lifting of the blockade of Ukrainian export of food and fertilisers in July-end.

Russia had imposed a blockade on Ukrainian ports in the Black Sea after the war began, thereby stopping the export of about 20 million tonnes of grain besides fertilisers.

The Black Sea Grain Initiative, which was signed in July, was anyway set to expire on November 19 and Russia has in recent weeks been demanding that the renewed deal should allow increased export of Russian grain and fertilisers, which are facing obstacles due to sanctions imposed by some countries.