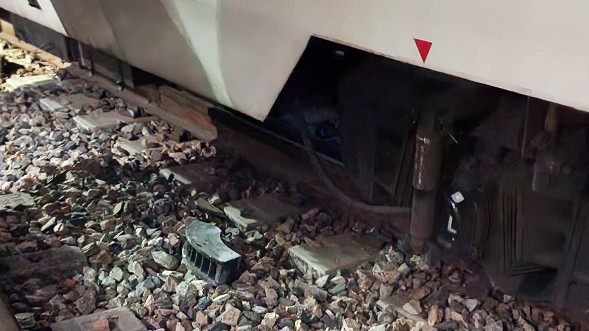 The derailment occurred at 8:52 p.m., when the Mugunghwa train with 275 passengers on board was entering Yeongdeungpo Station in central Seoul, according to the Korea Railroad Corp. (KORAIL).

Six railroad cars including five passenger cars ran off the tracks, it added.

The train was on its way to Iksan (North Jeolla Province), located around 180 kilometers south of the South Korean capital, from Yongsan, Seoul, at 8:15 p.m.

About 30 passengers were injured due to the derailment but most of them are slightly wounded, KORAIL said.

Due to the accident, train operations on the line have been delayed by more than one hour.

KORAIL said they are looking into the exact cause of the derailment.