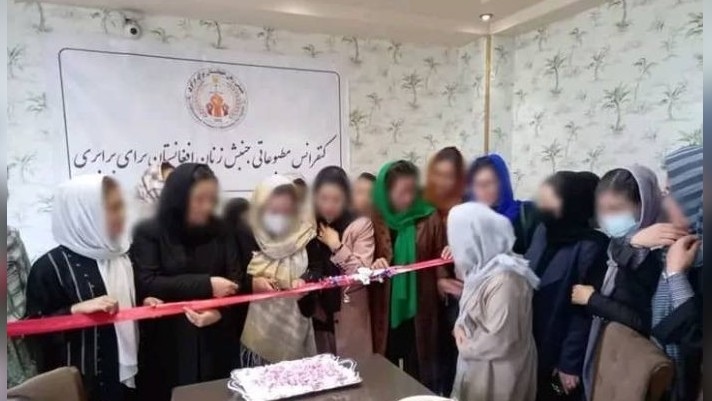 AKIPRESS.COM - The Taliban detained women journalists and human rights activists, including Zarifa Yaqoubi, and four men, from a press conference in Kabul disrupting the event and taking them to an undisclosed place. One of the demonstrators who attended a press conference announced the formation of the Afghan Women’s Movement for Equality, on Thursday, November 3, Khaama Press reported.

A source, who spoke on the condition of anonymity, added that the Taliban initially encircled the premises before intrusively disrupting the press conference held by women, forcibly arresting them and taking their mobile phones.

One of the women detained by the Taliban was member of the Movement of Change for Afghanistan’s executive council Zarifa Yaqoubi (first woman to lead a political party in the country), former member of the Lower House of the bicameral Afghan parliament Fawzia Koofi.

The Taliban’s arbitrary detention of journalists and human rights advocates in Afghanistan has outraged Afghan civil society and the media, which has demanded both their immediate release and an end to the group’s persecution of them.

Fawzia Koofi, the founder of the Movement of Change for Afghanistan political party, and one of the members of the Afghan Peace Negotiation Delegation, in response to the Taliban’s latest arrest, stated that the "Taliban must be held accountable for the arbitrary arrest of women human rights activist in Afghanistan".

"This must end. Women have the right to exercise their civic and social participation. More pressure will result in more resistance. Don’t push people to make hard choices," Koofi added.

"Another act of HR violation & abuse. Lack of accountability has enabled Taliban to continue with these violations confidently," South Asia Campaigner for Amnesty International Samira Hamidi reacted to the Taliban’s arrests.

An official statement from the Movement of Change for Afghanistan party also demanded Yaqoubi’s immediate release.

Recognizing journalists as the "bedrock" of an independent press, a statement from the US Department of State on The International Day to End Impunity for Crimes against Journalists called for justice for courageous journalists across the world.

The statement demanded further action by the international community against violent assaults, legal claims of intimidation, transnational repression, and regulatory pressures on journalists that muzzle media and information dissemination.

According to Reporters Without Borders, only 328 of the 547 media outlets that were active in Afghanistan prior to the Taliban’s takeover are still operating, with 219 print, visual, and aural outlets being shut down under the Taliban rule.

This comes since the Taliban’s assumption of power in mid-August last year, with what the analysts call a "brain drain" in Afghanistan, many skilled journalists and media professionals were forced to leave the country, in fear of persecution.

The Taliban’s arbitrary detentions and draconian measures and edicts imposed on Afghan women have significantly contributed to the already-diminishing number of women’s presence in the media.