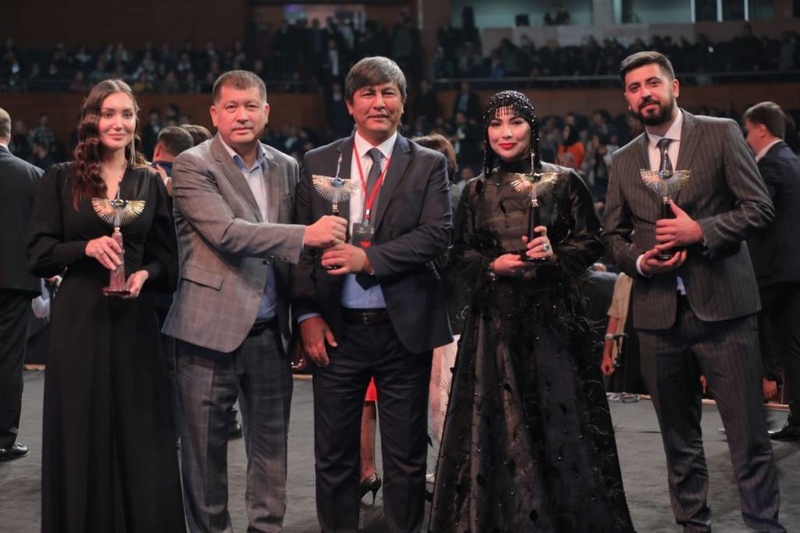 AKIPRESS.COM - Films from Uzbekistan won in two main categories at the Korkut Ata Turkic World Film Festival held in Türkiye’s Bursa. According to Uzbekistan Cinematography Agency, a summit of filmmakers from 17 Turkic-speaking countries was organized within the framework of the festival, UzA reported.

The branch of the All-Russian State Institute of Cinematography in Tashkent established cooperation with Bahcesehir University, Istanbul Film Academy and Istanbul Nisantasi University.

A 16-part animated film about Khoja Nasreddin, the national hero of the Turkic-speaking peoples, was also presented at the summit. Producer, author and director of the film Timur Bekmambetov also took part in the summit and spoke about working on the project together with Uzbekistani animators.

The Uzbekistan Cinema Days were held as part of the film festival. Creative meetings and roundtable discussions with Uzbekistan movie stars, actors and directors were organized. Bursa cinemas screened films directed by Dilmurod Masaidov "Ayol Qismati" ("The Fate of a Woman"), "101 Flight" by Akrom Shakhnazarov, "Spring of Love" by Ibragim Rasulov and a documentary film by young director Furkat Usmanov "Inson" ("Man").

The festival was attended by over 400 filmmakers from 17 countries. Film masters from Azerbaijan, Hungary, Kazakhstan, Kyrgyzstan, Northern Cyprus, Turkmenistan, Türkiye, and Uzbekistan took part in the conference. 57 films competed for victory in the two main categories.

Uzbek actresses Yulduz Rajabova and Rano Shodiyeva were awarded the TURKSOY International Prize "For contribution to unity and commonwealth of the Turkic peoples".

Students of the Tashkent branch of the All-Russian State University of Cinematography Akmal Abidjanov and Saidalokhon Masudkhonov were awarded commemorative signs from the Minister of Culture and Tourism of Türkiye Mehmet Nuri Ersoy "For shooting the most creative short film".

The Korkut Ata Turkic World Film Festival 2023 will be held in Azerbaijan.