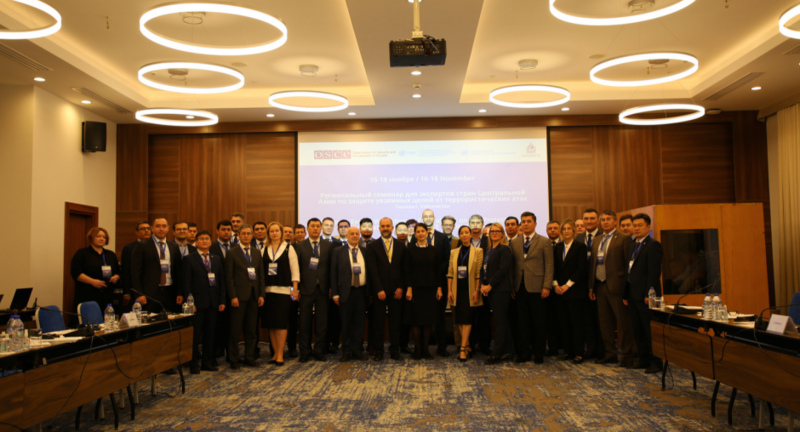 AKIPRESS.COM - Over 55 experts from Central Asia and Mongolia gathered in Tashkent from November 16 to November 18 to discuss how to better protect vulnerable targets, such as critical infrastructure and soft targets, from terrorist attacks. The event was an opportunity to enhance the preparedness of participating States and provide a platform for dialogue on cross-border infrastructure protection, the OSCE press servie says.

The workshop was organised by the OSCE Action against Terrorism Unit of the Transnational Threats Department (TNTD), the OSCE Project Co-ordinator in Uzbekistan, the United Nations Office of Counter-Terrorism (UNOCT), the United Nations Counter-Terrorism Committee Executive Directorate (UNCTED) and INTERPOL. It also included contributions from all OSCE field operations in Central Asia and the participation of a delegation from Mongolia.

"This workshop reflects the OSCE’s unique strengths in convening multi-level partners, offering a space for experts to share their experience and good practices, and advancing our common anti-terrorism priorities in a human rights-compliant manner," Acting Head of Mission for the OSCE Project Co-ordinator in Uzbekistan Hans-Ullrich Ihm noted.

Event participants contributed to important discussions related to national approaches from across the OSCE area, international legal framework for vulnerable targets protection, public-private partnerships, the role of civil security and the public, and the importance of human-rights complaint approaches to countering terrorist attacks of this nature.

"States are right to take action to protect vulnerable targets from terrorist attacks – indeed, their obligation to do so is grounded in international human rights law, including obligations with respect to the right to life. Any such action – whether preventative or responsive – must itself be consistent with international human rights law, and gender sensitive," the Mandate of the United Nations Special Rapporteur on the promotion and protection of human rights and fundamental freedoms while countering terrorism explained.

The workshop follows a similar event for South East European participating States in 2019 and an "OSCE-wide Expert Seminar on Promoting Resilience of "Soft" Targets against Terrorist Attacks through Public-Private Partnerships" that was held in December 2019. Additional engagements by OSCE field operations include the OSCE Centre in Ashgabat’s Regional Online Training Workshop on Countering Terrorism with a focus on protecting critical infrastructure in June 2022.