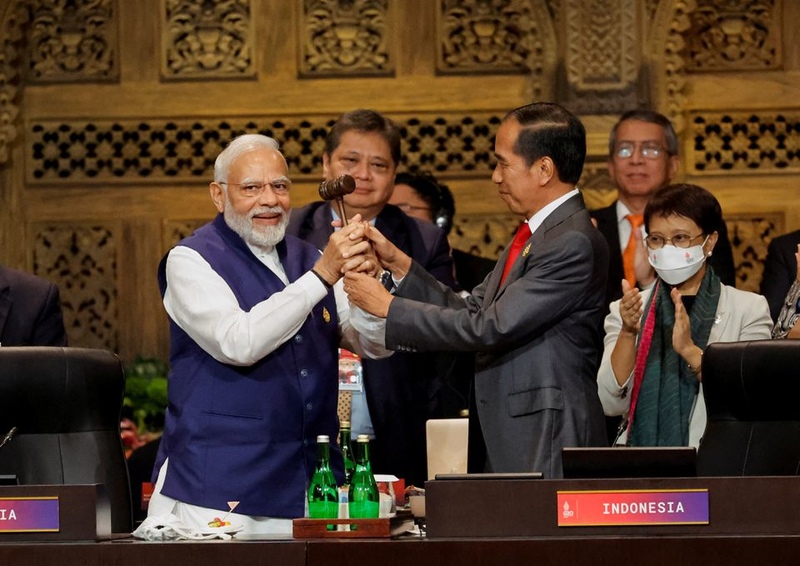 AKIPRESS.COM - The world must cooperate to tackle the greatest challenges of climate change, terrorism, and pandemics, Indian Prime Minister Narendra Modi said on Thursday as India began its year-long Presidency of the Group of 20 (G20), Reuters reported.

The Russia-Ukraine conflict, which started in February, dominated a two-day G20 summit in Indonesia last month, to the frustration of some members that wanted more attention on global economic woes.

Today, we do not need to fight for our survival - our era need not be one of war. Indeed, it must not be one," Modi said in a declaration published in Indian newspapers to mark the start of the G20 presidency.

Today, the greatest challenges we face - climate change, terrorism, and pandemics - can be solved not by fighting each other, but only by acting together."

His comment on war echoed a remark he made to Russian President Vladimir Putin at a regional conference in September, when he told him now was not a time for war, widely interpreted as a mild rebuke of what Russia calls its "special military operation" in Ukraine.

Modi, in the Thursday declaration, said India would aim to depoliticise the global supply of food, fertilizers and medical products, so that geo-political tensions do not lead to global disruptions.

"As in our own families, those whose needs are the greatest must always be our first concern," Modi said.

G20 members agreed at last month's summit, on the Indonesian island of Bali, to pursue efforts to limit the rise in global temperatures to 1.5 Celsius, including speeding up efforts to phase down unabated use of coal.

India, the world's second-biggest consumer of coal, said it would prioritise a phased transition to cleaner fuels and the slashing of household consumption to achieve net zero emissions by 2070 to meet its decarbonisation pledge.

"Our G20 priorities will be shaped in consultation with not just our G20 partners, but also our fellow-travellers in the global South, whose voice often goes unheard," Modi said.

"We will encourage an honest conversation among the most powerful countries - on mitigating risks posed by weapons of mass destruction and enhancing global security, the Indian Prime Minister said.

During the G-20 Presidency, India will hold about 200 meetings in 32 different sectors in multiple locations across India. The G-20 Summit to be held next year would be one of the highest-profile international gatherings to be hosted by India.

G-20 is the premier forum for international economic cooperation representing around 85 per cent of the global GDP, and about two-thirds of the world population.