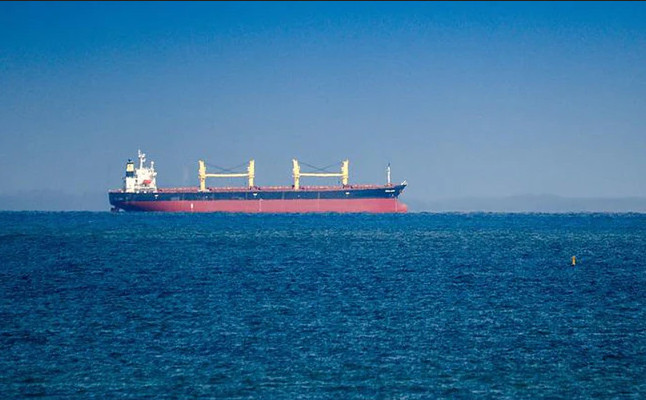 AKIPRESS.COM - India on Monday strongly defended its import of crude oil from Russia amid the Ukraine conflict with its External Affairs Minister S Jaishankar asserting that New Delhi's procurement was just one-sixth of the European purchase in last nine months, NDTV reported.

At a media briefing after holding wide-ranging talks with visiting German foreign minister Annalena Baerbock in New Delhi on Monday, Jaishankar also noted that Europe can't make choices to prioritise its energy needs while asking New Delhi to do something else, asserting that discussions between India and Russia to expand the trade basket started much before beginning of the Ukraine conflict.

The Indian minister's strong comments came as a G7-nations cap on the price of Russian oil at $ 60 a barrel came into effect.

"I understand that there is a conflict situation (in Ukraine). I also understand that Europe has a point of view and Europe will make the choices it will make that is Europe's right. But for Europe to make choices which prioritises its energy needs and then ask India to do something else..," he said.

Jaishankar said Europe's purchase of crude oil from the Middle-East is also putting pressure on prices.

"And bear in mind, today, Europe is buying a lot (of crude oil) from the Middle-East. The Middle-East was traditionally a supplier for an economy like India. So, it puts pressure on prices in the Middle-East as well. We have been very very understanding of the European choices and European policies," Jaishankar said.

He said even coal imports from Russia by the European Union is 50 per cent more than India's import.

India's import of Russian oil has seen a significant increase in the last few months. New Delhi has been maintaining that it is its fundamental obligation to ensure that Indian consumers have the best possible access on the most advantageous terms to the international markets.

On India's overall position on the Ukraine conflict, Minister Jaishankar said it has been "very clear and very public". "The Indian position articulated by prime minister Narendra Modi is that this is not an era of war and that dialogue and diplomacy is the answer. It is a position which by the way the G20 has also accepted. It found expression in their Bali declaration," he said.

Jaishankar said what the basis for the dialogue should be something the countries concerned will have to decide. "It is not for India to specify or to advocate." Asked whether Russia shared a list of items with India for trade, Jaishankar only said both sides have been discussing how to expand trade.

The Indian external affairs minister noted India's trade with Russia is "quite small" and it has been in the range of $ 12-13 billion range. At the moment, the ongoing discussion is on what either side can import from each other.

The two foreign ministers also inked a bilateral mobility pact that will make it easier for people to study and work in each other's country even as the two sides vowed to ramp up cooperation in areas of defence and security, trade, climate change and clean energy.

In the joint presser, the German foreign minister, referring to China, said China has changed very much over the last few years and "I think the whole region can see this and feel this." So, with a view to political and security policy aspects and developments in the region, we will closely cooperate with our partners in the region, especially India" she said.