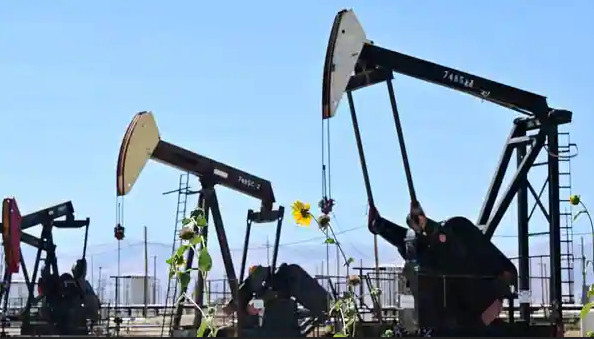 AKIPRESS.COM - Russia has welcomed India's decision to not support the price cap on Russian oil announced by the G7 countries and their allies. Russian Deputy Prime Minister Alexander Novak made the statement during his meeting with India's Ambassador to Russia, Pavan Kapoor, Mint reported.

The Deputy Prime Minister welcomed India's decision not to support the price cap on Russian oil, which was imposed on 5 December by the G7 countries and their allies," the Russian Foreign Ministry said in a statement.

The Group of Seven major powers, the European Union and Australia last week agreed to a $60 per barrel price cap on Russian seaborne crude oil after EU members overcame resistance from Poland. The price ceiling seeks to restrict Russia's revenue for its assault on Ukraine while making sure Moscow keeps supplying the global market.

During the meeting with Pavan Kapoor, Novak invited India’s Minister of Petroleum and Natural Gas Hardeep Singh Puri to take part in the international forum, Russian Energy Week 2023, which is scheduled to be held in Moscow from October 11-13, 2023.

The two sides noted the record growth in trade between Russia and India. Kapoor and Novak expressed the desire to continue the interaction, increasing cooperation on trade in energy resources like oil, petroleum products, liquefied natural gas, coal and fertiliser.

Further, Novak offered cooperation to India on leasing and building large-capacity ships in order to not depend on the ban on insurance services and tanker chartering in European Union and the United Kingdom, the statement said.

Novak described the introduction of a price cap on Russian oil is an anti-market measure. It disrupts supply chains and could significantly complicate the situation in global energy markets. Such non-market mechanisms disrupt the international trading system as a whole and set a dangerous precedent in the energy market," Novak said in the statement.

"As a result, the problem of energy poverty is being aggravated not only in the developing world, but also in the developed countries of Europe," ithe statement added.

According to the statement issued by the Russian Foreign Ministry, Russian oil imports to India rose to 16.35 million tons in the first eight months of 2022. Notably, India continues to import oil from Russia despite the ongoing war between Moscow and Kyiv. During the summer, Russia was ranked second in terms of oil shipments to India. Furthermore, deliveries of oil products and coal also increased.

India’s minister for petroleum and natural gas recently said that the price cap on Russian crude oil will not affect India. In an interview with BQPrime, Puri said that Russia is not the top supplier of oil to the country, while Saudi Arabia, Iraq, and UAE are the traditional major suppliers of crude.

Meanwhile, Russia, the world's biggest exporter of energy, could cut oil production and will refuse to sell oil to any country that imposes the West's "stupid" price cap on Russian oil, President Vladimir Putin said recently.

President Putin cautioned that attempts by the West to impose a price cap would lead to the global collapse of the oil industry and then a catastrophic rise in prices. "This will lead to the collapse of the industry itself because the consumer will always insist that the price be lower. The industry is already under-invested, under-funded, and if we listen only to consumers, then this investment will be reduced to zero," Putin said.

"All this will lead at some stage to a catastrophic surge in prices and to the collapse of the global energy sector. This is a stupid proposal, ill-conceived and poorly thought-out.”