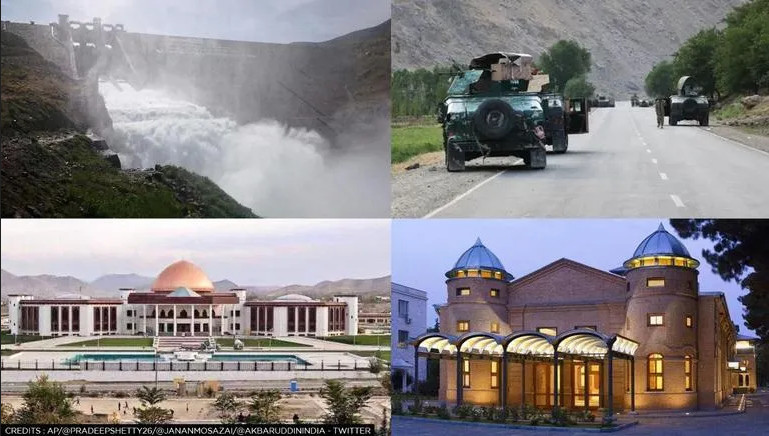 He emphasised that the “security of Indians is our responsibility, and we assure them”. In addition, Afghanistan’s Foreign Ministry has also sought India’s diplomatic presence in the country for the completion of ‘unfinished projects’ initiated by New Delhi.

Over the last two decades, Indian public and private sector entities had invested around $3 billion in Afghanistan, mainly in the country’s infrastructure sector.

India’s engagement with Afghanistan as a development partner includes more than five hundred projects spread across each of the 34 provinces in critical areas of power, water supply, road connectivity, healthcare, education, agriculture and capacity building.

Around 433 High Impact Community Development Projects (HICDP) were completed with Indian financial support in all provinces of Afghanistan before the Taliban’s takeover of Kabul in 2021, reported Khaama Press.

Recently on December 3, Afghanistan’s Ministry of Urban Development and Housing (MUDH) evinced interest in the improvement of relations and the resumption of stalled projects in the country with the help of India.

In this regard, the Afghan Minister of MUDH had a meeting with the Indian Charge d’Affaires in Kabul. The latest interaction between India and the Taliban came against the backdrop of regional consultations and has rekindled hope of greater Indian participation in providing relief for the people of Afghanistan.

Moreover, the Taliban has welcomed India’s initiative to hold a meeting of the Secretaries of the Security Councils of Central Asian countries. Taliban also stated that it would not allow its territory to be used for any agency or powers to interfere in other nation’s internal affairs, addressing Indian concerns on the issue, reported Khaama Press.

India has not recognised the new regime in Afghanistan and has been pitching for the formation of a truly inclusive government in Kabul, besides insisting that Afghan soil must not be used for any terrorist activities against any country. In June 2022, India re-established its diplomatic presence in Kabul by deploying a ‘technical team’ in its embassy in the Afghan capital, reported Khaama Press.

India has been a traditional partner with the civil governments of Afghanistan and invested quite heavily in major infrastructure projects in that country. Whether it was the Parliament building in Kabul or India-Afghanistan friendship dam in Herat, they were all built using Indian money, technology and human resources as well.

India has also sought from Afghanistan that it must not allow its soil to be used for terror activities. Whereas Taliban is interested in keeping its government afloat with investments from India, the latter wants regional peace and tranquillity and assurance of security for its investments.

A combination of a suspension of foreign aid, freezing of Afghan government assets and international sanctions on the Taliban have plunged the country, which was already suffering from high poverty levels, into a full-blown economic crisis.