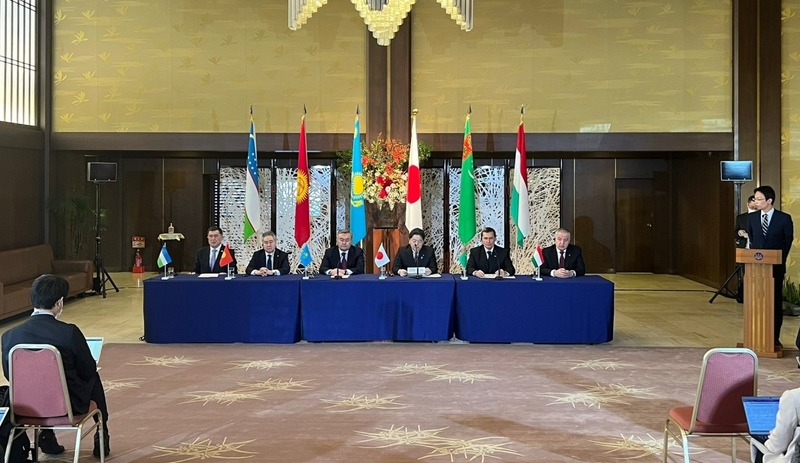 AKIPRESS.COM - The 9th Meeting of Foreign Ministers of the countries participating in the Dialogue "Central Asia + Japan" was held in Tokyo on December 24. The meeting was attended by Foreign Ministers of Japan, Kazakhstan, Kyrgyzstan, Tajikistan, Turkmenistan and Uzbekistan, the ambassadors of these countries accredited in Japan, representatives of local and foreign media.

The Minister of Foreign Affairs of Japan, as well as the heads of delegations of the Central Asian countries, delivered a welcoming speech.

"The importance of this meeting is due to the need to understand the current state of relations between Central Asia and Japan, and to determine their clear guidelines for the near future. It is about uniting the efforts of our countries to maintain global peace, stability and security,"  the head of the Ministry of Foreign Affairs of Turkmenistan noted.

The parties discussed issues of cooperation in interstate relations.

The sides exchanged views on topical issues of ensuring regional security and sustainable development, creating favorable conditions for effective partnership in the trade and economic sphere, and active exchange in the cultural and humanitarian field.

A press conference was held by the Ministers of Foreign Affairs of the Central Asian countries and Japan at the end of the meeting.