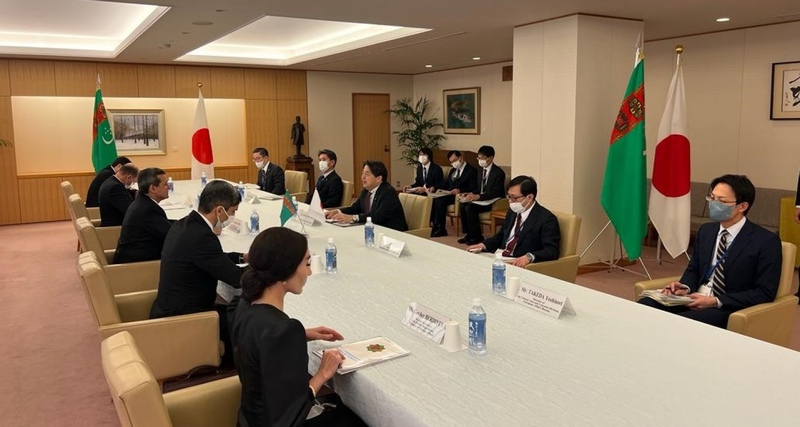 Foreign Minister of Turkmenistan, expressing gratitude to the head of the Japanese Foreign Ministry for the initiative to organize the current meeting of the "CA-Japan" Dialogue, noted the timeliness of the meeting and congratulated his colleague on the successful holding of the 9th Meeting of the Dialogue.

The sides discussed issues of cooperation in the political, trade, economic, cultural and humanitarian spheres. They exchanged views on issues of interaction within the framework of the Dialogue "Central Asia + Japan".

Speaking about bilateral relations, the head of the Ministry of Foreign Affairs of Turkmenistan focused on the main and areas of cooperation of mutual interest. These areas included interaction in the political and diplomatic sphere, such as contacts at the highest level and inter-parliamentary cooperation, the expansion of trade and economic relations, and the cultural and humanitarian cooperation.

The heads of the foreign ministries expressed confidence in the further progressive and stable development of cooperation between Turkmenistan and Japan.