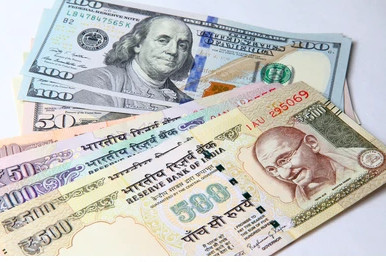 AKIPRESS.COM - About 30-35 countries, including those from Asia, Scandinavia and Africa, have expressed interest in better understanding the proposed Indian rupee trade mechanism for possible adoption, Financial Express reports.

The “robust response” has prompted the Indian government and its central bank ‘Reserve Bank of India’ to plan special drives and workshops to sensitise trade clients and other stakeholders about settling bilateral trade in the Indian rupee.

Given the technical and other issues involved in the operationalization of such a mechanism, the South Asian country’s finance ministry has asked the Indian Banks’ Association (IBA) to spearhead the awareness campaign. The IBA will be guided by the Reserve Bank of India (RBI) in this exercise.

The countries that are keen on rupee trade also include neighbours such as Sri Lanka, Bangladesh, Nepal and Myanmar. These countries have been grappling with a shortage of dollar reserves. To be sure, some countries have sent responses on the proposed mechanism while others have sought to know it better.

The decision on the awareness campaign was taken at a meeting convened by the department of financial services on December 5 to brainstorm on ways to promote the settlement of international trade in the rupee.

“Easing the flow of payment from certain (sanctions-hit or crisis-ridden) countries through the rupee trade is just one part of it. The bigger aim is to internationalise the rupee. So, any country can choose to implement it. That’s why developing a credible system is very important,” said a banking official. “The awareness campaign will set the stage for greater and easier adoption of rupee trade by others,” he added.

There isn’t going to be any bar on any bank wishing to settle international trade in the rupee with any country. However, Uco bank and IndusInd Bank may take the lead in implementing the settlement mechanism with Russia and Punjab National Bank may get to do so with Myanmar.

India’s commerce ministry notified guidelines that will enable the country’s exporters to get stipulated benefits under the foreign trade policy even if the export realisation is in the domestic currency, and not US dollar.

According to the notification of the directorate general of foreign trade, domestic firms undertaking imports through this mechanism will make payment in the rupee, which will be credited into the special vostro account of the correspondent bank of the partner country, against the invoices for the supply of goods or services from the overseas seller/supplier.

Similarly, Indian firms undertaking exports of goods and services through this mechanism will be paid the export proceeds in the rupee from the balances in the designated vostro account of the correspondent bank of the trade partner.

India also has currency swap agreements in place with several countries in the South Asian Association for Regional Cooperation (SAARC) region and has provided dollars to some of them to honour their external debt obligations, RBI Chief said on Friday. The aid was given to nations facing dollar shortage, especially those dependent on tourism which were affected by the pandemic.