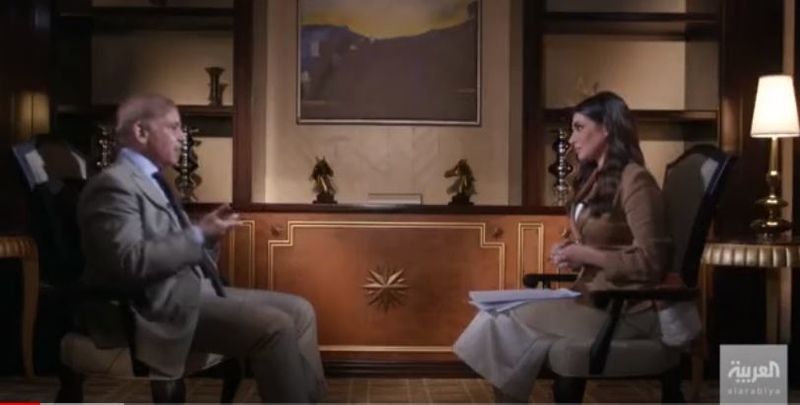 AKIPRESS.COM - Pakistan Prime Minister Shehbaz Sharif has called for “serious and sincere talks” with Indian Prime Minister Narendra Modi on “burning points like Kashmir.” In an interview with Dubai-based Al Arabiya TV, Sharif said that Pakistan has learned its lesson after three wars with India and stressed that now it wants peace with its neighbour, Business Standard reported.

“My message to the Indian leadership and Prime Minister Modi is that let’s sit down on the table and have serious and sincere talks to resolve our burning points like Kashmir. It is up to us to live peacefully and make progress or quarrel with each other and waste time and resources,” Sharif said.

In an interview with Dubai-based Arabic news channel, Pakistan Prime Minister said, “We have had three wars with India, and they have only brought more misery, poverty, and unemployment to the people.”

“We have learnt our lesson, and we want to live in peace with India, provided we are able to resolve our genuine problems,” Sharif said in the interview that was aired on Monday.

Pakistan, which is battling a severe economic crisis, public discontent against the ruling regime due to flour crisis and fuel shortage among others is also faced with rising instances of terror attacks by the proscribed outfit Tehreek-e-Taliban Pakistan (TTP), which had ended a ceasefire with the country’s security forces late last year.

“India is our neighbour country, we are neighbours. Let’s be very blunt, even if we are not neighbours by choice we are there for ever and it is up to us for us to live peacefully and progress or quarrel with each other and waste time and resources. That is up to us,” Sharif said in the interview to Al Arabiya.

Sharif also brought up the subject of Kashmir and said “Pakistan wants peace.” The Pakistan leader in the interview that was also uploaded on Monday on the @AlArabiya_shows Twitter handle said that both the countries have engineers, doctors, and skilled labourers. “We want to utilise these assets for prosperity and to bring peace to the region so that both nations can grow.”

“Pakistan does not want to waste resources on bombs and ammunition. We are nuclear powers, armed to the teeth, and if God forbids, a war breaks out, who will live to tell what happened?” he said.

Sharif has asked the UAE to play a similar role as it connected India and Pakistan in the past to re-enforce the Simla agreement and brought both sides to mutually agree on a ceasefire at the Line of Control (LoC) and the Working Boundary (WB).

The UAE played a vital role in arranging important high-level meetings between Pakistan's and India's top military leadership and brought both parties to agree on the ceasefire.