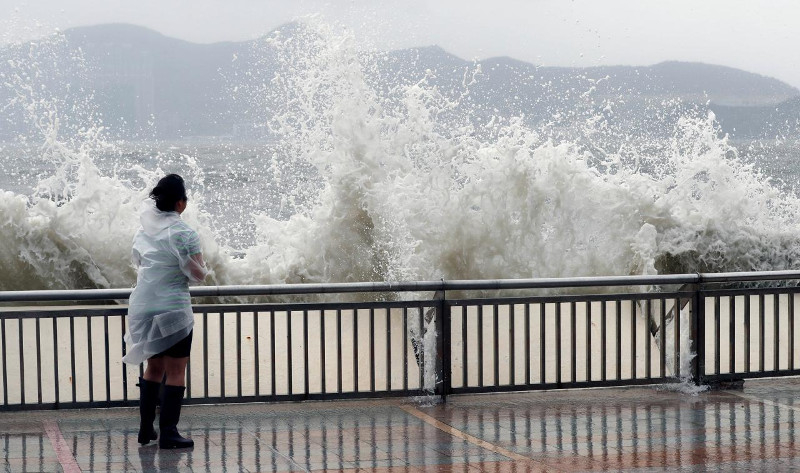 AKIPRESS.COM - At least nine people were killed and many are still missing after one of the strongest typhoons on record barreled into the southern Chinese territory of Macau, with rescuers on Thursday searching submerged cars for trapped people, Reuters reported.

Macau's government broadcaster TDM said Typhoon Hato, a maximum signal 10 storm, was the strongest since 1968 to hit the world's biggest gambling hub and home to around 600,000 people.

"The city looks like it was just in a war," said one civil servant, who declined to be named as they were not authorized to speak to the media.

Residents grappling with the aftermath in the former Portuguese colony said Macau was woefully unprepared for Hato and its destructive winds of more than 200 kmh (124 mph).

Hato on Wednesday hit the nearby financial hub of Hong Kong, uprooting trees, flooding streets, forcing hundreds of airline flights to be canceled and halting financial trading. There were reports of 34 people injured in Hong Kong, which had not been hit by a signal 10 typhoon for five years.

At one stage as Hato intensified, Hong Kong posted a category 8 storm warning, saying it was likely to go higher, yet Macau's government rated Hato only a signal 3 typhoon.

"I am shocked with the late notice and lack of preparation that was given for this superstorm. Residents are in peril and unable to assess if help is on the way," said Ashley Sutherland-Winch, a marketing consultant in Macau.

Hato battered Macau's apartments, sending sheets of glass flying through the air, cut power to more than half of Macau and severely damaged water supplies. Residents said on Thursday that water supplies were expected to run out in many buildings.