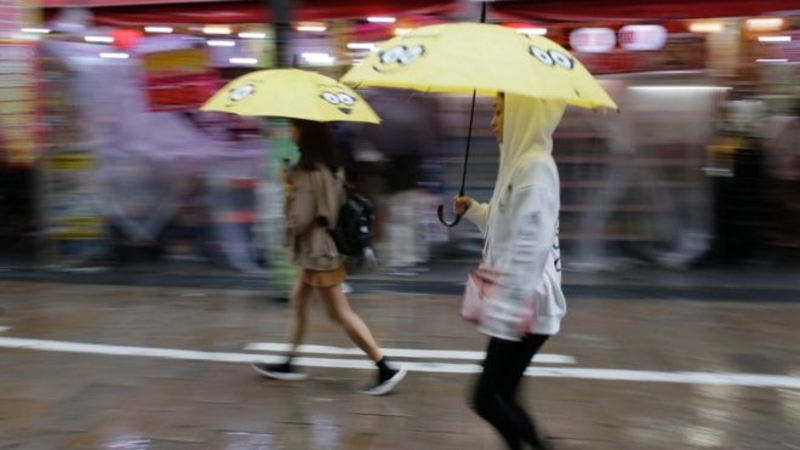 AKIPRESS.COM - Two people have died and more than 10 injured after a typhoon struck Japan, BBCreported.

The storm, which drenched many regions over the weekend as Japan voted in its national elections, led to almost 300 flights being cancelled on Monday, after 500 were cancelled on Sunday.

There are also reports of passenger trains getting stuck overnight due to blackouts, while some Monday morning express services have been cancelled, as have some ferry services.

Typhoon Lan, which is expected to pass close to Tokyo during the morning rush hour, has already killed two.

A man struck by scaffolding in Fukuoka, and a 70-year-old died when he dived into the sea to try to escape his own boat, which was in trouble.