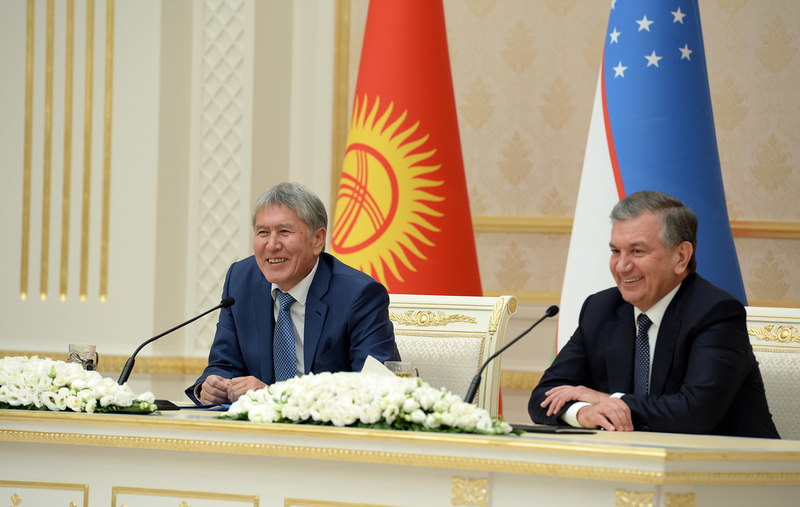 AKIPRESS.COM - The JSC Uzbekhydroenergo plans to take part in construction of the Kambar-Ata HPP-1 in Kyrgyzstan, the press service of the Foreign Ministry of Uzbekistan reported.

On October 6, Uzbekhydroenergo and the Kyrgyz National Energy Holding Company signed a memorandum on cooperation in implementation of the project on construction of Kambar-Ata HPP-1. The document was signed during the visit of the Kyrgyz President Almazbek Atambayev to Uzbekistan.

Atambayev earlier following the talks with Uzbek President Shavkat Mirziyoyev said that the sides agreed to build the Kambar-Ata HPP together.

As a result of his visit, the sides signed 5 more documents, including the agreement on supply of electricity from Kyrgyzstan to Uzbekistan in 2017-2018, the agreement on a joint use of the Orto-Tokoy (Kasansay) reservoir in Jalal-Abad region and the documents in the field of air transport and the international road traffic.

The heads of states also agreed that they can finally resolve the issues on remaining 15% of the state border line.