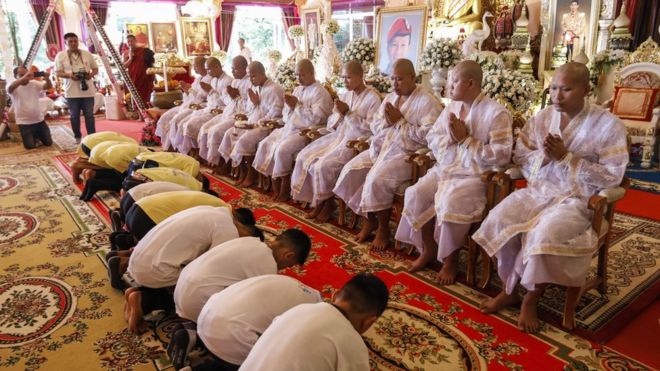 AKIPRESS.COM - Most members of the Thai youth football team rescued from a flooded cave will have their heads shaved and don robes to be ordained as novices in a Buddhist ceremony on Tuesday, BBCreported.

Their coach will also receive monk's orders. One of the boys will not join the ceremony as he is a Christian.

The group will spend nine days living in a monastery, a tradition for males in Thailand who experience adversity.

They were trapped for more than two weeks before a dramatic rescue.

The boys were all released from hospital last week and are said to be in good health after their ordeal in the snaking caverns of the Tham Luang caves of northern Thailand.

This step is intended to be a "spiritual cleansing" for the group.