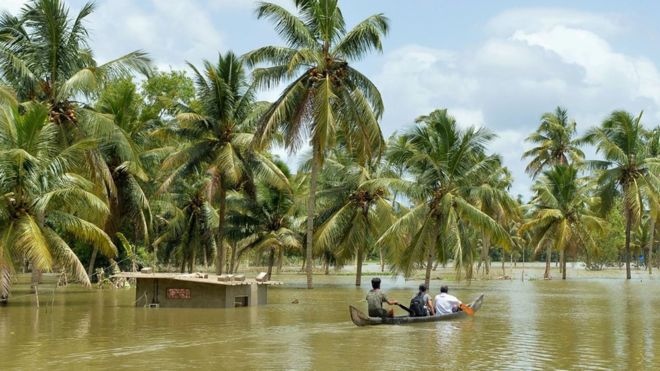 AKIPRESS.COM - Nearly 400 people have died and thousands remained stranded by the worst flooding in the Indian state of Kerala in a century, BBC reports.

More than one million people have been displaced, many of them taking shelter in thousands of relief camps across the state.

As the monsoon rains begin to ease, efforts are being stepped up to get relief supplies to isolated areas.

In other parts, the hard work of cleaning up is under way.