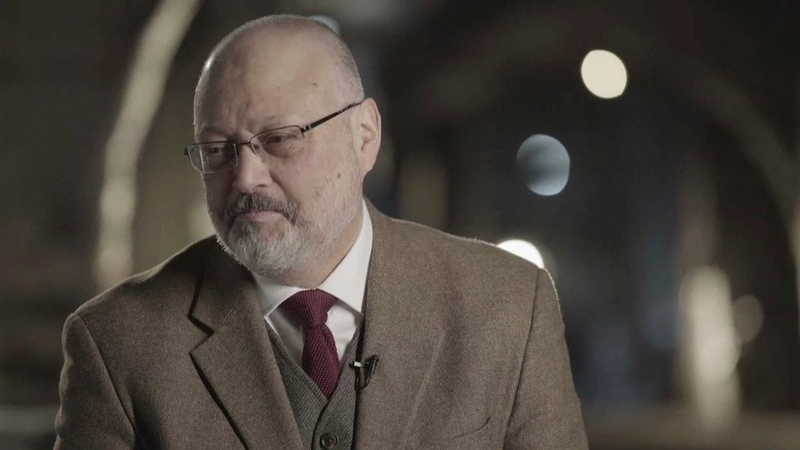 The sources have told Sky News the Saudi dissident had been "cut up" and his face "disfigured".

One source also suggested the writer's remains were discovered in the garden of the Saudi consul general's Istanbul home - located around 500 metres away from the consulate.

It contradicts the explanation being made by Saudi officials that the body was rolled up in a carpet and handed to a local collaborator who was tasked with disposing of the evidence.

Turkish officials say they have evidence to show Khashoggi was murdered in the consulate on 2 October.

Turkish officials believe Khashoggi, a prominent critic of the Saudi government, was murdered by a team of Saudi agents soon after he arrived at the consulate to obtain divorce papers.

Investigators say they have audio and video evidence to back up this claim, and some of the lurid details have been leaked to Turkish media close to the government. However, these have yet to be made public.

As the mass media were not included in the list of permitted activities during the state of emergency in Kyrgyzstan, AKIpress apologizes to its readers for reduced promptness and coverage of news.
Related content
Saudis sentence five to death for Jamal Khashoggi's murder
Turkish newspaper reveals Khashoggi's last words
Turkey says in talks with U.N. about Khashoggi investigation