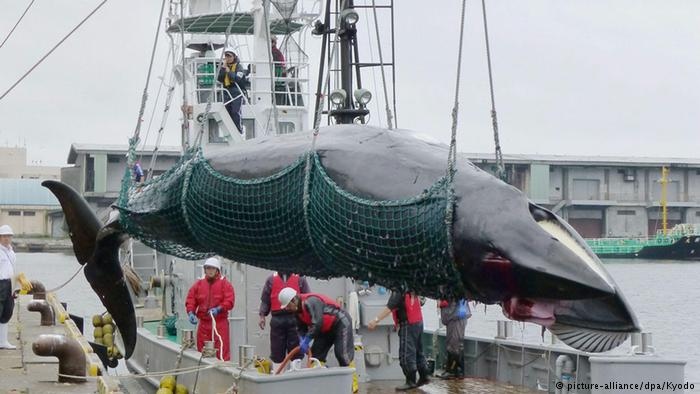 AKIPRESS.COM - Japan says it is leaving the International Whaling Commission to resume commercial hunts but says it will no longer go to the Antarctic to hunt, AP reported.


Chief Cabinet Secretary Yoshihide Suga said Wednesday that Japan’s commercial whaling will be limited to its territorial and economic waters.

The IWC imposed a commercial moratorium in the 1980s due to a dwindling whale population. Japan switched to what it calls research whaling and says stocks have recovered enough to resume commercial hunt. The research program was criticized as a cover for commercial hunting as the meat is sold on the market at home.

Japan has said the IWC has become more like an opponent of whaling than an organization aiming for sustainability.

Japan has cut back on its catch as Japanese consume less whale meat.