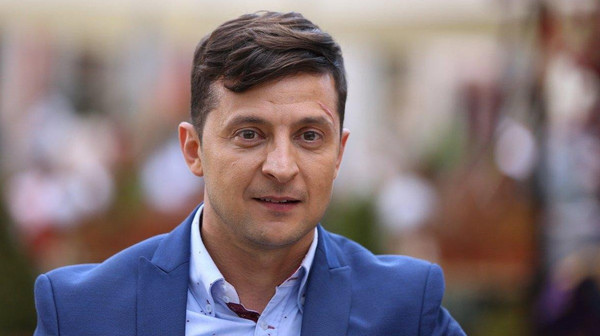 AKIPRESS.COM - Volodymyr Zelenskiy has been sworn in as president of Ukraine and immediately announced he is dissolving the parliament, RFE/RL reports.


In remarks after taking the oath of office at the Verkhovna Rada on May 20, Zelenskiy also called for the dismissal of top officials including controversial Prosecutor-General Yuriy Lutsenko, the defense minister, and the head of the state security service.

He said that lawmakers must dismiss the officials and pass several key pieces of legislation within two months -- the maximum period of time between a published decision on the dissolution of parliament and new elections under the constitution.

"I dissolve the Verkhovna Rada of the eighth assembly," Zelenskiy said. He did not propose a specific date for snap parliamentary elections.

There have been disputes over whether Zelenskiy has the right to dissolve parliament, in part because the governing coalition fell apart last week in what was seen as a bid by his political foes to bar him from disbanding it.

Opponents say the constitution gives parliament 30 days to form a new coalition and that the president cannot dissolve it during that time.

Zelenskiy, 41, a comedian and actor with no previous political experience, beat incumbent Petro Poroshenko by a large margin in a runoff vote on April 21.

In his remarks after being sworn in to a five-year term, Zelenskiy said a top priority is a real cease-fire in the simmering was against Russia-backed militants who hold parts of the eastern provinces of Donetsk and Luhansk.

He ended his remarks by saying: "Glory to Ukraine!"