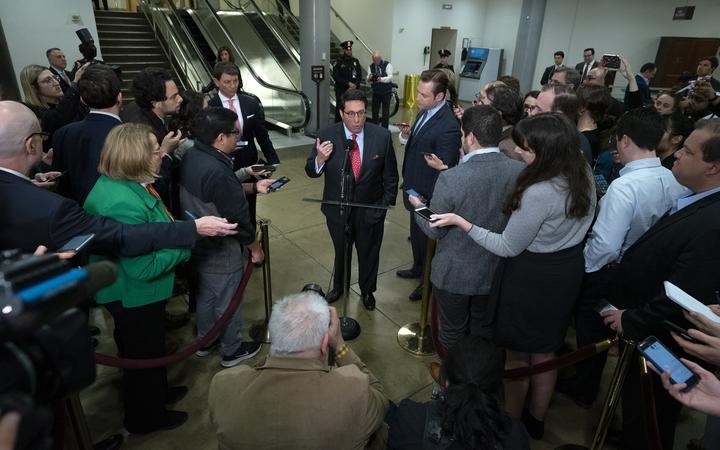 AKIPRESS.COM - US senators have been accused of falling asleep, playing games and breaking other rules during President Donald Trump's impeachment trial, BBC reports.

Jim Risch and Jim Inhofe are among members who have apparently nodded off during the lengthy hearings.

Crossword puzzles, fidget spinners and at least one paper airplane have been spotted with senators.

The senators are acting as the jury to decide whether the president should be removed from office.

The upper chamber of US Congress prides itself as a hallowed sanctum of decorum.

But some of its members - Republican and Democrat alike - have this week been accused by US media of acting like bored schoolchildren.

The rules call for senators to remain seated during the impeachment trial.

But at least nine Democrats and 22 Republicans left their seats at various times on Thursday, according to Reuters news agency.

Mr Trump is only the third president ever to be impeached, but he is unlikely to be convicted in a chamber that is controlled by his fellow Republicans.

Before Thursday's arguments began, some Republican senators said they had heard nothing new in Democratic prosecutors' arguments and had already made up their mind to clear the president. A two-thirds majority votes is required to remove Mr Trump from office.