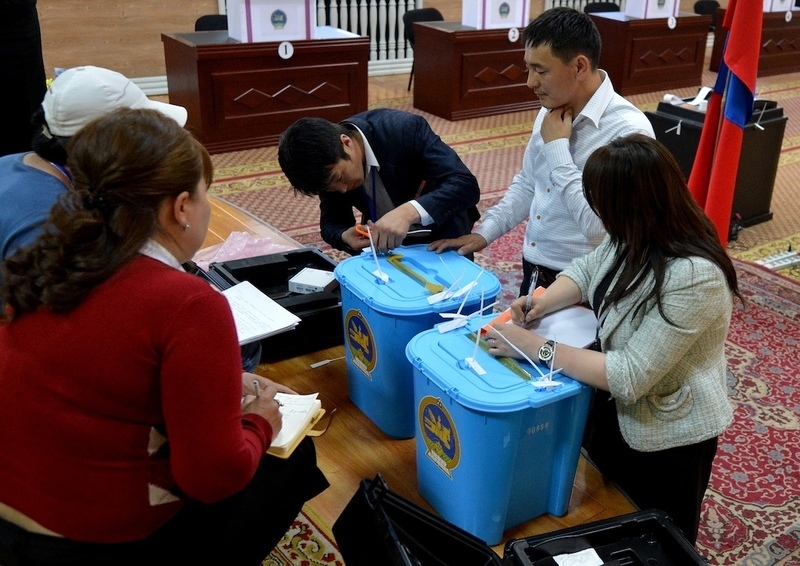 "Under police protection and control of the intelligence service, a total of 2,447 public servants conducted hand recounts in 12 disputed constituencies over the weekend. No violations were found," Choizon Sodnomtseren, chairman of the GEC, told a press conference before giving identity cards to the new legislators, Xinhua reports.

The recounts were conducted after some political parties, coalitions and independent candidates claimed that there was "organized irregularity and manipulation" in the parliamentary elections held on Wednesday.

The ruling Mongolian People's Party won a landslide victory in the regular parliamentary elections, taking 62 out of 76 seats in the parliament, according to official results announced Friday.

Opposition Democratic Party won 11 seats, while two coalitions -- the Right Person Electorate Coalition and Your and Our Coalition -- won one seat each.

Former Mongolian Prime Minister Norov Altankhuyag, who ran as an independent candidate, got one seat.

The first session of Mongolia's unicameral parliament or State Great Khural is scheduled within 30 days after the election day.