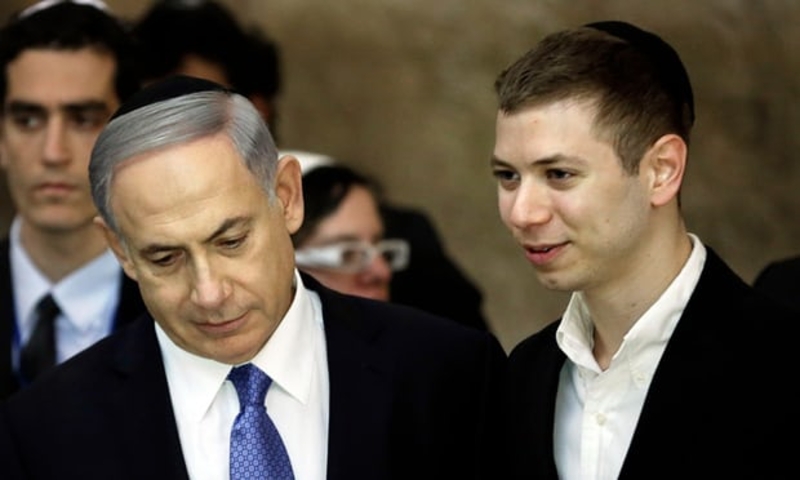 AKIPRESS.COM - Lawyers for Israel’s prime minister, Benjamin Netanayhu, tried to stop the broadcast of an embarrassing audiotape in which Netanyahu’s son Yair suggested his father helped push through a $20bn deal to the benefit of a gas tycoon, The Guardian reported.


The recording of the conversation, which took place outside a strip club, is the latest revelation to cast light on the Netanyahu family’s relationships with wealthy tycoons, which have so far spawned two corruption investigations into the prime minister’s activities.

According to the Israel Television Channel, the tape features the voices of Yair Netanyahu and Ori Maimon, a son of the gas tycoon Kobi Maimon. Maimon Sr is a shareholder in Isramco, which owns the Tamar gas fields.

According to the reports, Yair and friends, with his government-provided security guard and driver in tow, were going from one strip club to another.

He and Maimon can apparently be heard arguing about 400 shekels ($116) as they leave the club, with Yair reportedly telling his companion: “Bro, you got to spot me. My dad made an awesome deal for your dad, bro, he fought, fought in the Knesset for this, bro.”

The recording was apparently made in 2015, at a time when Israel was in the midst of a political controversy over newly discovered natural gas deposits and the rights to drill in them.

What is most likely to cause uproar in Israel is the revelation that a state security guard and government-provided car ferried Netanyahu’s son and his friends between strip clubs. The provision of a security detail for Netanyahu’s children was already controversial.

While Yair, now 26, has a reputation for his crass behaviour, his remarks – serious or not – also feed into a growing sense of outrage in Israel over the cosy relationship between the Netanyahus and wealthy businessmen.