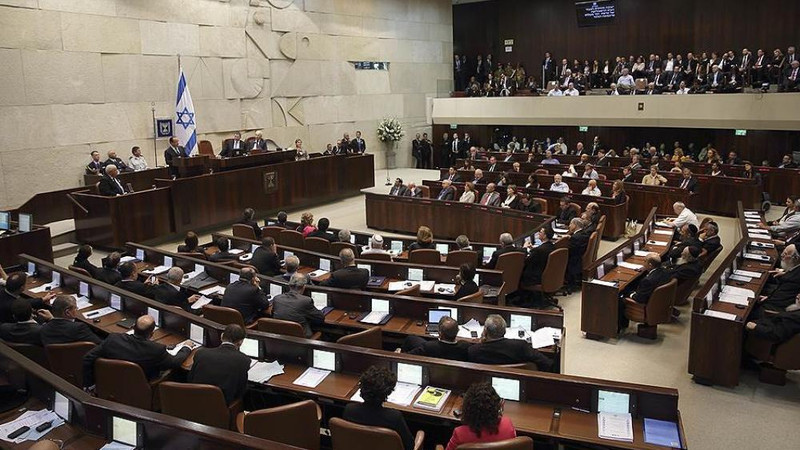 AKIPRESS.COM - Israel’s parliament approved a controversial piece of legislation on Thursday that defines the country as the nation-state of the Jewish people but which critics warn sidelines minorities, Associated Press reports.


The government says the bill, passed in the early morning hours, will merely enshrine into law Israel’s existing character. Prime Minister Benjamin Netanyahu called its passage a “historic moment in the history of Zionism and the history of the state of Israel.”

“Israel is the nation state of the Jewish people, which honors the individual rights of all its citizens,” he said. “I repeat this is our state. The Jewish state.”

Israel’s 1948 declaration of independence defined its nature as a Jewish and democratic state, a delicate balance the country has grappled to maintain for 70 years.

Opponents of the new bill say it marginalizes the country’s Arab minority of around 20 percent and also downgrades Arabic language from official to “special” standing.

The law passed with a 62-55 backing, with two members of the Knesset abstaining. The legislation, defined as a “basic law,” granting it quasi-constitutional status, will likely face a challenge at the Supreme Court.

Lawmakers took turns to passionately express their views in a rowdy, hours-long debate in parliament overnight.

Ayman Odeh, the head of the Arab Joint List, pulled out a black flag and waved it during his speech, warning of the implications of the law.

“This is an evil law,” he told lawmakers, adding that “a black flag hovers over it.”

“Today, I will have to tell my children, along with all the children of Palestinian Arab towns … that the state has declared that it does not want us here,” Odeh said in a statement later. “It has passed a law of Jewish supremacy and told us that we will always be second-class citizens.”

“This is not a decision I expected from the Likud leadership,” he said.

Eugene Kontorovich, international law director at the Kohelet Policy Forum, a conservative Jerusalem think tank, defended the bill, arguing it “is similar to provisions in many Western democratic constitutions, which provide for an official language and national character that reflects the majority of the population.”

Kontorovich dismissed the “faux outrage” against the bill as “simply another attempt to single-out the Jewish state and hold her to a double standard.”

American Jewish organizations also expressed their disapproval of the law.

The American Jewish Committee, a group representing the Jewish Diaspora, said it was “deeply disappointed,” adding that the law “puts at risk the commitment of Israel’s founders to build a country that is both Jewish and democratic.”

Jeremy Ben Ami, president of J Street, a Washington liberal pro-Israel group, said the bill’s purpose is “to send a message to the Arab community, the LGBT community and other minorities in Israel, that they are not and never will be equal citizens.”

“Strong connection between Israel and Jews worldwide is based on these values that Israel is both a Jewish and democratic state,” Ben Ami said, adding concerns the bill would “weaken the strength of Israel’s democracy.”

Lawmakers had removed the most contentious clause of the bill on Sunday which would have allowed the establishment of “separate communities” and which critics had called racist.

Israelis, including President Reuven Rivlin and attorney general, voiced opposition to the earlier draft of the bill. Israelis opposed to the bill, deeming it discriminatory, took to the streets to protest in large numbers on Saturday in Tel Aviv.