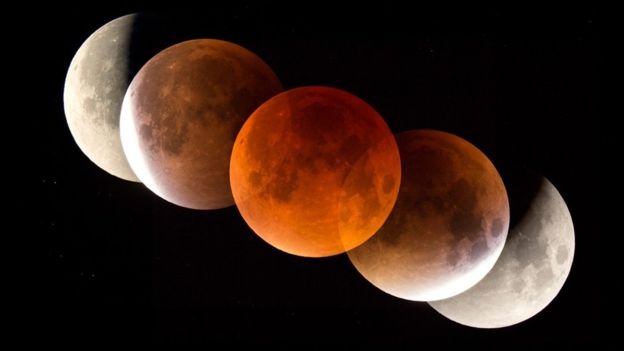 AKIPRESS.COM - The night sky has a display in store on Wednesday, 31 January, with a lunar event being called the "Super blue blood moon".

For Australia, Asia and some parts of the US and Eastern Europe, there will be a lunar eclipse, as the Earth passes between the Sun and the Moon.

On the very same night, our only natural satellite enters its closest point to us in its elliptical orbit.

It will also be the second full Moon of the month, commonly called a blue moon.

The word "blood" has been used to describe the deep red colour of the sunlight that passes through Earth's atmosphere to illuminate our celestial neighbour.