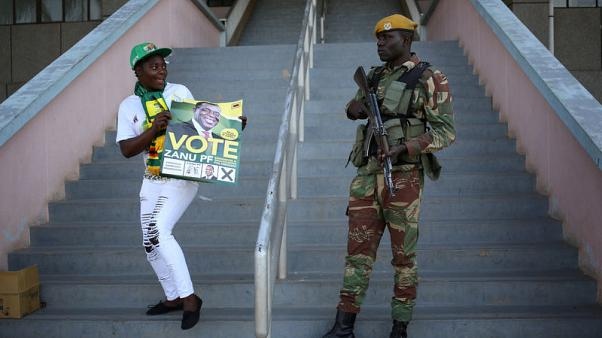 AKIPRESS.COM - Zimbabweans go to the polls on Monday in the first election since the removal of Robert Mugabe, a watershed vote they hope will rid the country of its global pariah status and spark a recovery in its failed economy, Reuters reported.

The election will see 75-year-old President Emmerson Mnangagwa, a long-time Mugabe ally, face 40-year-old Nelson Chamisa, a lawyer and pastor who is vying to become Zimbabwe’s youngest head of state.

Polls give former intelligence chief Mnangagwa, who took over as president after the army ousted Mugabe in a bloodless coup last November, only a slim lead over Chamisa. That makes a runoff on Sept. 8 a possibility if no candidate wins more than half of the votes.

Nicknamed “the Crocodile”, an animal famed in Zimbabwean lore for its stealth and ruthlessness, Mnangagwa has pledged to revive a moribund economy, attract foreign investment and mend racial and tribal divisions.