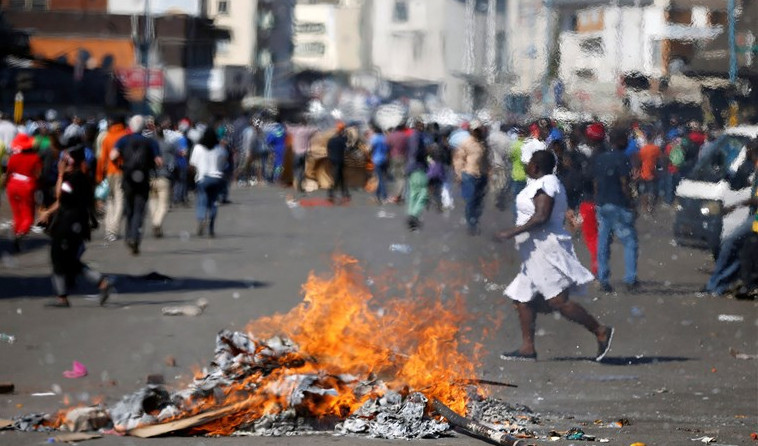 The deployment of soldiers and their beating of unarmed protesters set back President Emmerson Mnangagwa’s efforts to shed Zimbabwe’s pariah status after decades of repression under Robert Mugabe, who was ousted in a coup in November.

Even before the violence, European Union observers questioned the conduct of the presidential and parliamentary vote, the first since Mugabe’s forced resignation after nearly 40 years in charge of the southern African nation.

Zimbabwe’s electoral commission had said it would start announcing results for the presidential race from 10.30 GMT on Wednesday but that was then pushed back at least 24 hours. EU monitors said the delay was undermining the vote’s credibility.

Police spokeswoman Charity Charamba told state broadcaster Zimbabwe Broadcasting Corporation (ZBC) that the three people killed in the clashes had yet to be identified.

Gunfire crackled as troops, backed by armored vehicles and a military helicopter and some with their faces masked, cleared the streets of opposition protesters.

The unrest started soon after Nelson Chamisa, leader of the opposition Movement for Democratic Change (MDC), declared that he had won the popular vote.

After burning tires in the streets, scores of his supporters attacked riot police near the Zimbabwe Election Commission (ZEC) headquarters. Officers responded with tear gas and water cannon.