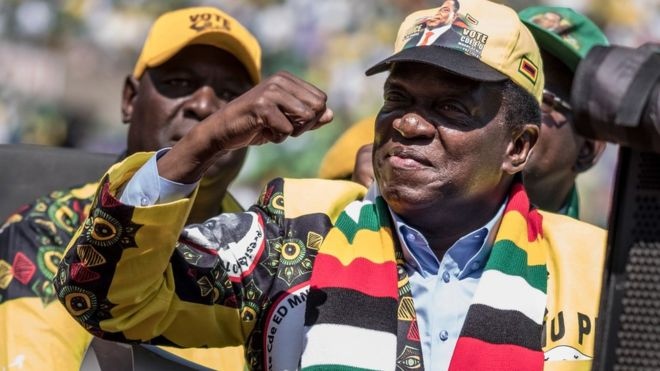 With all 10 provinces declared, Mr Mnangagwa won 50.8% of votes to 44.3% for opposition leader Nelson Chamisa.

Police removed opposition officials from the electoral commission stage when they rejected the results.

The chairman of Mr Chamisa's MDC Alliance said the count could not be verified.

By narrowly winning more than 50% of the vote, Mr Mnangagwa avoids a second run-off election against Mr Chamisa.