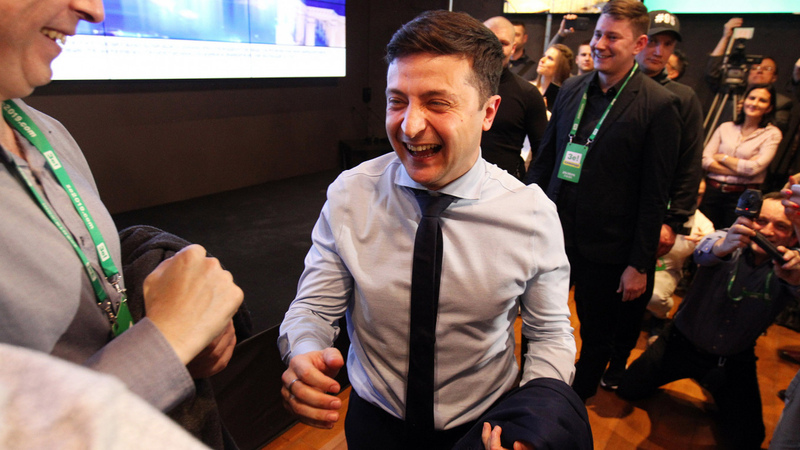 AKIPRESS.COM - A comedian with no political experience has won the most votes in the first round of Ukraine's presidential elections, BBC reports citing exit polls.

They say Volodymyr Zelenskiy - who played the president on TV - received 30.4% of the vote, with current leader Petro Poroshenko second on 17.8%.

The two - who have expressed largely pro-EU opinions - are set to take part in a run-off election on 21 April.

Ex-PM Yulia Tymoshenko appears to have been eliminated on a projected 14.2%.

"I'm very happy but this is not the final action," Mr Zelenskiy told the BBC's Jonah Fisher minutes after the exit polls were announced.