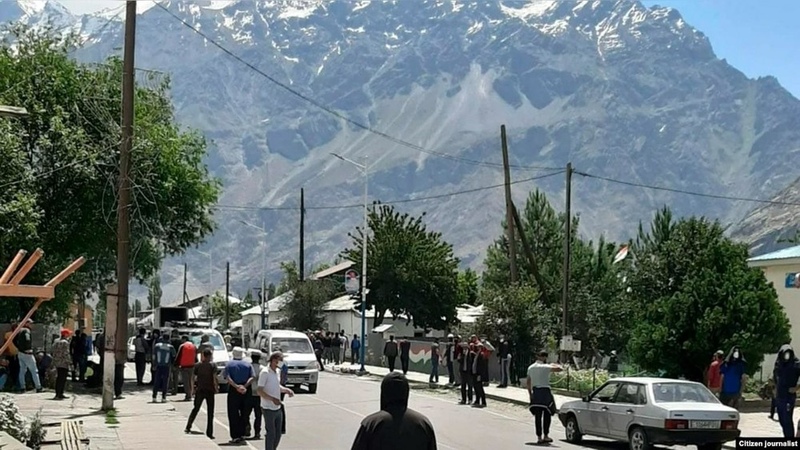 AKIPRESS.COM - The Delegation of the European Union to Tajikistan and the Embassies of France, Germany, the United Kingdom of Great Britain and Northern Ireland, and the United States of America expressed their deep concern about reported internal tensions and violent clashes within Gorno-Badakhshan Autonomous region.

"We call on all parties to spare no effort to de-escalate, exercise restraint and refrain from excessive use of force and incitement to violence. We urge the Government of the Republic of Tajikistan to ensure that law enforcement agencies act in strict compliance with the rule of law and uphold the standards of respect for human rights and fundamental freedoms even in security-related crisis situations. The reported intimidation and prosecution of citizens and journalists, and the apparent broad limitation of access to information, undermine the prospects for a swift de-escalation and return to normal order," the statement said.

"We deeply regret the loss of life and express our sincere condolences to the families. Our sympathies go as well to those who have been injured, including local residents and those in law enforcement. We encourage all to engage in good-faith communication and seek an expeditious path to de-escalation of the situation," they said.

Tensions escalated in Gorno-Badakhshan in mid-May after residents of Khorog, administrative center of Gorno-Badakhshan Autonomous region, gathered at a rally and demanded from the authorities to stop initimidation and persecution of local population. The region authorities said the demands are unlawful and participation in protests will be seen as act of terrorism and be responded respectively.

On May 16, protesters headed to the region government building in the center of Khorog, but were stopped by police, who used rubber bullets and tear gas. Information on use of weapon by police was spread across social media, when 2 were killed and several were wounded.

Telegram channel Pamir Daily News reported with reference to sources in Rushan that 'mass cleansing' is ongoing in the district.

People with weapon are enering homes and take away all men. The detained men are held their phones.

Accourding to sources of Pamir Daily News, 17 bodies of local residents killed in anti-terror operation with signs of torture and wounds were returned to locals.

It is impossible to confirm the reports coming from the region, since internet and mobile communication were cut off in the region.