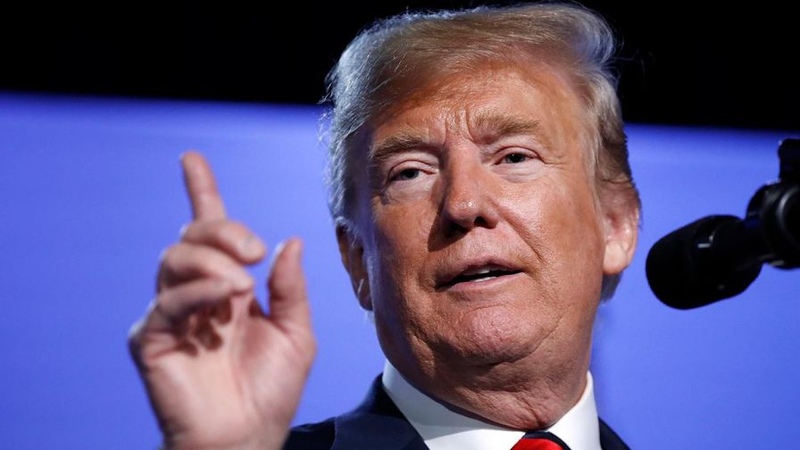 AKIPRESS.COM - President Trump criticized British Prime Minister Theresa May's handling of Brexit Thursday, telling The Sun newspaper that her plan was "very unfortunate" and would "probably" kill any possible trade deal between the U.S. and the U.K, FoxNews reports.

The comments could be seen as a body blow to May's government, which is struggling to steady itself after two key Cabinet members -- including Foreign Secretary Boris Johnson -- resigned in protest earlier this week at her plan to keep Britain and the European Union in a free market for goods, with a more distant relationship for services.

When asked about the ongoing negotiations between May's government and the EU over the terms of their divorce, Trump told The Sun: "I would have done it much differently. I actually told Theresa May how to do it but she didn’t agree, she didn’t listen to me.

"She wanted to go a different route. I would actually say that she probably went the opposite way. And that is fine, she should negotiate the best way she knows how. But it is too bad what is going on."

May, who voted "Remain" in the 2016 referendum on leaving the EU, proposed earlier Thursday that Britain and the bloc would stick to a "common rulebook" with the EU for goods and agricultural products in return for free trade, without tariffs or border customs checks. Such a resolution would avoid disruption to automakers and other manufacturers that source parts from multiple countries.

The plan has enraged so-called "Brexiteers," who have looked to a possible U.S.-U.K. trade deal as one of the biggest boons that would result from leaving the 27-member bloc.

Trump even went so far as to question whether May's plan constituted a true exit from the European Union: "The deal she is striking is a much ­different deal than the one the people voted on. It was not the deal that was in the referendum."

In response to the interview, White House press secretary Sarah Sanders said in a statement that Trump "likes and respects Prime Minister May very much. As he said in his interview with the Sun she 'is a very good person' and he 'never said anything bad about her'. He thought she was great on NATO today and is a really terrific person.